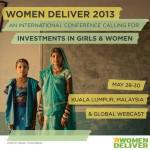 KUALA LUMPUR – Women remain the last to be fed, schooled and given access to healthcare, despite huge gains, former US Secretary of State Hillary Clinton told the 3rd Women Deliver meeting this week.

Speaking via video, Clinton said the world had to renew its efforts to deliver on the promises “we made to women and girls around the world”.

More than 3 000 delegates including government leaders, royalty, first ladies, policymakers and advocates from over 150 countries are meeting in Malaysia for Women Deliver 2013, a large meeting focused solely on girls’ and women’s health and rights.

Jeni Klugman, Director of Gender and Development at the World Bank Group called on the world to “close the deadly gap between what we know and what we do”.

She pointed out that while women now made up 40 percent of the global workforce, female labour force participation had only risen by one percent in the past 30 years.

Also, for every one US dollar a man earns, women earn 12 cent in Bangladesh, 90c in Malawi and 62c in Germany.

Globally, four out of every 10 women have no say over their own healthcare and 800 die every day while giving birth.

Klugman said that while data “greases” the wheels of development, in the 64 countries with the worst maternal outcomes, there was a huge lack of data.

Klugman said that education was the primary vehicle for bolstering girls’ agency. In Kenya, giving girls school uniforms led to a reduction in the likelihood of them dropping out of school or falling pregnant.

However, in India, more than half of girls still marry before their 18th birthday.

Donor agencies and governments are increasingly looking at incentives to improve and increase access to services. In Rwanda, small incentives to providers saw a 23 percent increase in institutional deliveries and huge improvements in outcomes after only two years.

Dr Musimbi Kanyoro, President of the Global Fund for Women, expressed concern that in too many parts of the world small successful pilot programmes “remain academic monuments quoted at conferences, but not taken to scale”.

“We must treat (the inadequate investment in women and girls) as a humanitarian emergency. Justice delayed is justice denied,” a passionate Kanyoro said.

She added that making family planning available everywhere was critical. “We can find Coca-Cola in every village, why not family planning,” she asked.

The meeting ends on Thursday. 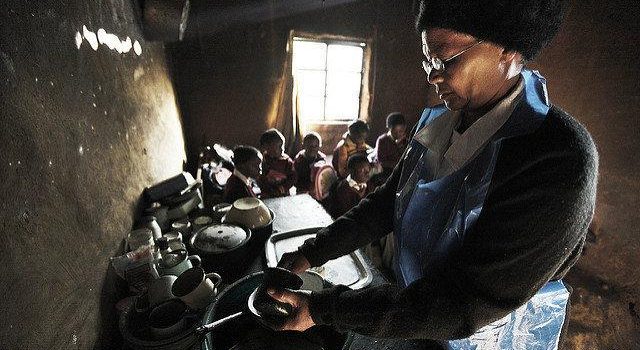 As the world observes the International Day of Action for Women’s Health women are urged not to neglect their well-being.

Activists have partnered with the taxi industry on a national awareness campaign to address harassment and gender-based violence towards women commuters.