Home » ‘Sexiest gay in the village’ 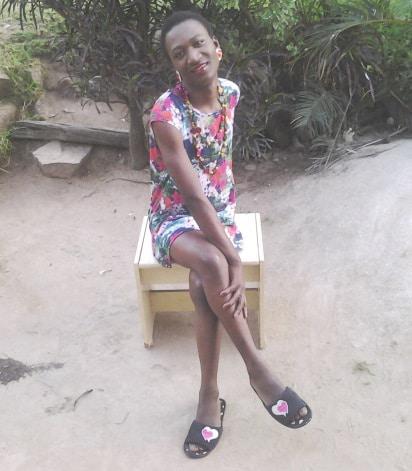 ‘Sexiest gay in the village’ 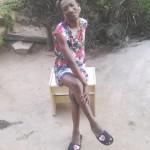 Rose Msweli (19), also known as Bheki, speaks about living openly as a gay man and being “the sexiest young gay” in Msogwaba outside Nelspruit.

A high school dropout, Msweli says changing his name to Rose has given him the strength to live openly and “stay strong”.

“It all started nine years ago when I realised that I was different from other boys. When they were busy playing soccer I was busy looking at myself in the mirror or playing with dolls and dressing up with girls. At the age of 10 I started engaging in sexual intercourse and lost my virginity. After this I started skipping school,” recalls Msweli.

Msweli’s mother used to take him shopping for clothes, but the youngster would return it straight afterwards and exchange it for more feminine clothing.

“Living openly regarding my sexuality at a young age was not easy because I experienced stigma and discrimination. My grandmother used to take me to church and my uncles were beating me thinking that this would change my sexuality and I would be straight again, but they realised later that it was just a waste of time.”

Msweli says that if it wasn’t for the Treatment Action Campaign, “I don’t know where I would be, because this was the only place where I felt I was truly at home. I learnt more about my sexuality as a gay man and the importance of using condoms, voluntary counseling and testing for HIV and human rights.

“It pains me to hear my current boyfriend saying he is afraid to disclose his sexuality because he doesn’t want people and his family to know that he is gay because of the stigma and discrimination.

“Some of our gay brothers are living a secret life and they are afraid to visit the clinic regularly for HIV testing, even when they suspect they have a sexually transmitted infection. They also can’t report a rape case because they are afraid they will be killed and without reporting the rape they can’t get post-exposure prophylaxis. That is why in some cases they die of HIV which they contracted through corrective rape,” explained Msweli.

Msweli laughs, claiming he is known as “the sexiest young gay in my community”.

“It was not an easy road getting here and I deserve every good thing that comes on my way because I fought to be here. If you want people to accept you as gay, it is important that you accept yourself and don’t let anyone to tell you that you don’t belong anywhere because we all have rights and we belong to this country.

“You maybe straight but don’t forget that we are the same.”