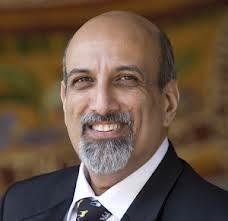 MEDIA RELEASE: —The Executive Director of the Joint United Nations Programme on HIV/AIDS (UNAIDS) Michel Sidibé today announced the appointment of South African scientist, Professor Salim S. Abdool Karim as Chair of the newly established UNAIDS Scientific Expert Panel. Mr Sidibe made the announcement in Durban, South Africa during his opening address at a UNAIDS Scientific Symposium on the implications of the “Mississippi baby” for public health programmes on mother-to-child transmission of HIV.

The panel will advise UNAIDS on major new scientific discoveries, as well as gaps and strategic needs in AIDS research and on how UNAIDS can adjust its policies to address these needs and shape the AIDS response.

“In the thirty years since HIV was identified, the progress made by science has been extraordinary and its benefits have been felt far beyond those directly affected by HIV,” said UNAIDS Executive Director, Michel Sidibé. “To reach the end of the AIDS epidemic, we need to continue to embrace science and innovation and I am delighted that Professor Karim has agreed to take on the leadership of our new UNAIDS scientific panel.”

Chaired by Professor Karim, Director of the Centre for the AIDS Programme of Research in South Africa––CAPRISA (a long-standing UNAIDS Collaborating Centre), the panel will provide strategic advice on the relevance of new research and findings and how they can be rapidly implemented to best effect to prevent new HIV infections and improve the lives of people living with HIV.

“Science has the power to illuminate the future path to defeating AIDS. I am humbled by this appointment and look forward to this new challenge,” said Professor Karim, an epidemiologist, who has conducted research on HIV epidemiology, pathogenesis, prevention and treatment over the past 25 years.  Professor Karim holds academic appointments at the University of KwaZulu-Natal in Durban, South Africa and at Columbia University in New York and is interim President of the South African Medical Research Council.

As part of its new mandate the panel will convene international scientific consultations on behalf of UNAIDS, the first of which is already underway in Durban South Africa. The topic of this first meeting isScientific advances from the ‘Mississippi baby’: Implications for public health programmes on mother to child transmission of HIV. The doctor who cared for the Mississippi baby Dr Hannah Gay, from the University of Mississippi, is one of the invited experts who will present the case history. At the meeting experts will discuss ways to improve early diagnosis of HIV in new-born children and implications of starting them on antiretroviral therapy early.

“We in Mississippi are honoured to be able to share the findings on our baby with such an important group of leaders in the scientific community,” said Dr Hannah Gay, who treated the ‘Mississippi baby’ at the University of Mississippi Medical Centre. “We are hopeful that this contribution will lead to further knowledge that will save the hundreds of thousands of children born with HIV globally.”

The members of the UNAIDS Scientific Expert Panelwill be announced in the coming weeks.

Nelson Mandela has joined the powerful chorus of voices appealing to government to approve “large-scale actions for PMTC” at the close of the international AIDS conference in Durban.

Hundreds of delegates walked out of the opening of the International AIDS Conference in Amsterdam last night in protest when UNAIDS Executive Director Michel Sidibe took the stage.

The criminalisation of sex workers, injecting drug users and gay men in many countries battling to overcome HIV are key focuses of the International AIDS conference, which opens in Amsterdam tonight (23 July).