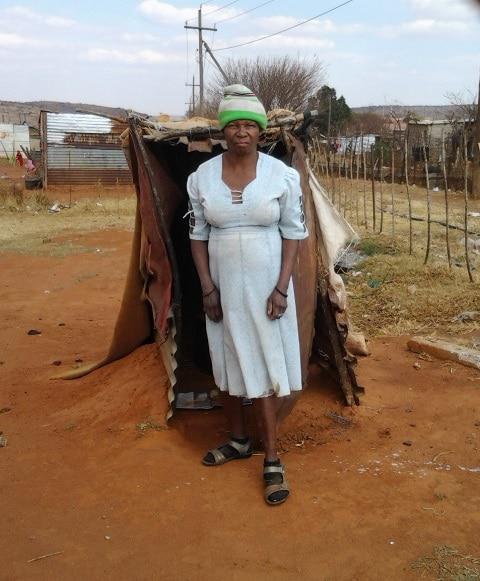 Hartebeesfontein – Informal settlement residents – many of whom come from nearby farms – in Tigane township, about 20km from Klerksdorp, are facing serious health risks. 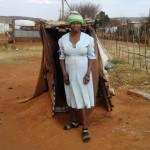 The have no electricity, no proper toilets and share one tap with cattle, sheep and goats. Those who stay far from the tap use wheelbarrows to fetch water and, in the afternoons, they have to wait for the cattle to finish drinking water before they can fill their buckets.

Most of the residents use pit toilets instead of the bucket, as they say buckets fill too quickly.

Johanna Mokalake has been living like this for six years since relocating from Witpoort farm with her three kids.

“People only come to us with empty promises that they will help us, but they then disappear. I think they are taking us for a ride,” she said.

She explained that there is one pit toilet for three other families, with a total of fifteen people, and that it takes around seven months to fill a pit toilet.

“I don’t know how long will we endure this situation.”

Residents say they were told they would be moved to alternative land.

Secretary of Young Communist Leauge in Tigane, Itumeleng Motsanana, said: “The relevant people should intervene to make a plan for sanitation and water. We deserve better services. It would be good if our local government could take a step in solving this matter. This is really undermining our people.”