Seventy percent of South African women are overweight or obese, many people are unfit and we are heading for a non-communicable diseases pandemic 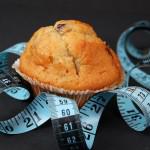 We are a nation of fat women, chubby kids and smokers who pretend they are not.

These are some of the findings of the first-ever SA National Health and Nutrition Examination Survey (SAHANES) for 2012 released yesterday.

Almost 70 percent of women had dangerously large waists, almost four in ten (39.2%) were obese and a quarter of women were overweight.

In comparison, a quarter of men had dangerously large waists, reported the HSRC’s Professor Olive Shisana.

Almost one in four little girls aged between the ages of two and five were already overweight or obese in comparison to around one in 10 boys.

When compared to a similar survey conducted a decade ago, the rate of overweight children has almost doubled from 10.6% to 18.2%.

Overweight people are far more likely to suffer from non-communicable diseases such as diabetes and high blood pressure, which can cause other complications including strokes and heart problems.

“I have been making a noise about some of these things for a while and some people think this minister is a lunatic of healthy lifestyle. But now I have the scientific evidence to support me,” said Health Minister Aaron Motsoaledi, who was present for the release of the report.

Not surprisingly, over half of women over the age of 65 reported suffering from high blood pressure.

Almost one in four people aged 55 to 64 reported that they had diabetes while a further 14% were showing signs of diabetes.

High cholesterol, a risk factor for heart disease, was particularly high among people of Asian or Indian origin with 41% of men and 45% of women reporting this.

While 16% of people admitted to be daily smokers, medical tests showed that more than double that number of men (35.2%) and a quarter of women were smokers.

The Western Cape had the worst smoking problem, with about a third of people being exposed to smoking every day. Those living in rural formal areas (ie not shacks) were most likely to smoke.

The survey did not check people’s blood alcohol levels so it is hard to verify how many of us are drinkers, but 17% of heads of households said there was a “serious” or “very serious” level of alcohol abuse problem in their household.

Almost half of women and one in three men aged 18 to 40 in urban formal homes were unfit when they did basic step exercises. Coloured women were the nation’s least fit, with 62% huffing and puffing after exercise.

Reporting on the “Cinderella of health”, namely mental health, Shisana said 45.3% of women over the age of 65 and 37.8% of men reported experiencing “psychological distress” such as depression and anxiety. The biggest cause was “family distress” while there were also high reported levels of personal assault.

The HSRC said all primary healthcare facilities should be able to screen people for mental health problems.

Less than half of the households (45.6%) were “food secure”, with one in four households reporting that they experienced hunger.

Although these figures are still daunting, there has been a marked improvement in food security when only 25% of households in 1999 reported being “food secure”.

However, two-thirds of those surveyed said their food shopping was primarily influenced by price not health.

In response, Motsoaledi said the “explosion of fast food outlets in Africa was called development but it is our impending doom”.

When Shisana presented him with a long list of recommendations particularly aimed at getting people to change their behaviour to curb “lifestyle” diseases, Motsoaledi said this was a daunting task.

“It is very difficult to change the behaviour of people with very serious death wishes, for example smokers,” said Motsoaledi. – Health-e News Service.

WATCH: meet the doctor using her garden as her prescription pad.

Smokers take on average three more sick days from work every year than non-smokers, according to a recent review published in the journal Addiction. 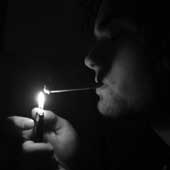