Home » Around 700 people to one toilet in Zamimpilo 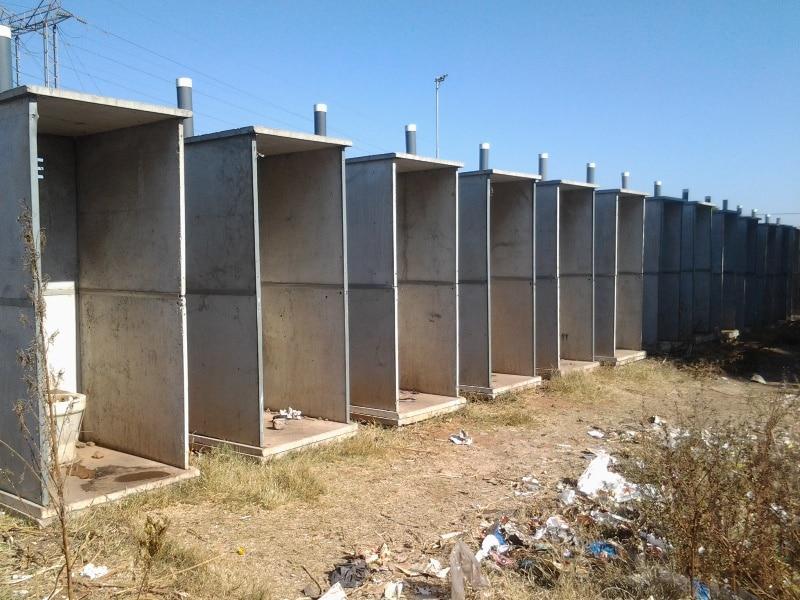 In Zamimpilo between six and seven thousands residents share ten toilets, says a community leader, and this is causing serious health problems. 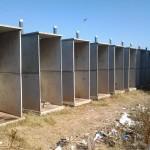 Toilets with no doors in Zamimpilo

Zamimpilo informal settlement, established in 1993, is situated nearby Longdale Industrial area in Johannesburg. Around 2007 it was estimated that about 1800 household resided in the area, of which half were relocated to the RDP houses in Pennyville, south west of Joburg.

Those who remained live in appalling conditions and the informal settlement grows every day.

“When we asked for help from the gorvement, the response was all householders were moved and there is no one left at Zamimpilo.”

For Siena Baartman one of the residents at Zamimpilo, one of the most difficult parts about staying here are the toilets.

“Our children play in an unhygienic environment. There is garbage all around this place and it’s not easy to monitor them all the time. They even go and play in the toilet, which scares me because some of the toilets have uncovered toilet pits due to seats missing. Flies are all over the place and there is no draining system at all which causes different sicknesses such as cholera and TB.”

Kedibone Modise, another resident of the informal settlement, said: “Since toilets were vandalised by thieves, the councillor provided a few removable toilets that need to be serviced on a regular basis, but that is not happening.

“There are just too many of us using the  toilets, they fill up too quickly. It becomes difficult to use these toilets when they are full as you will find that there are maggots all over. Sometimes, it is preferable to go to the bush, in order to prevent infections, when the nature calls.”

Another resident, Tapsol Ngcobo, also believes that people need to stop littering and vandalising the toilets.