Home » Timeline of a troubled province 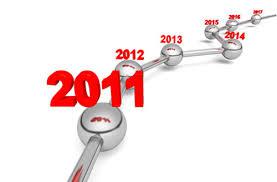 Over the past 15 years the Eastern Cape Health Department has deteriorated. Fraught with medicine shortages, equipment failures, huge staff vacancies, corruption and fraud, this timeline documents just some of the many problems surrounding this troubled province. 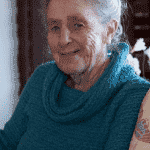 Goqwana, who was charged with fraud while in office for running a private ambulance service and private practice, is eventually replaced in 2006. During his tenure, the department received 5 audit disclaimers, and failed to account for R18.1 billion in expenditure.

2003 – The province’s doctor-patient and nurse-patient ratios are more than twice the national average, with one doctor per 8,825 patients, according to Treasury.

2004 – Lawrence Boya is appointed head of the Eastern Cape Department of Health (HOD) but is replaced in 2009 amid staff shortages, financial mismanagement and poor maintenance of infrastructure. He is later investigated by the Hawks for allegedly contravening the Public Finance Management Act but no charges are brought.

In July, local research organisation, the Public Service Accountability Monitor (PSAM) finds more than 80 percent of the province’s health budget between 1996 and 2003 has not been properly accounted for. More than about 20 percent, or R280 million, of the department’s infrastructure budget remains unspent despite deteriorating clinics and hospitals.

May 2006 – Nomsa Jajula is appointed as Eastern Cape MEC.

July 2007 – Hundreds of newborn babies are dying annually at Frere Hospital in East London, mainly due to poor care, according to the Daily Dispatch.

2010 – MEC Masualle is replaced by Sicelo Gqobana, who remains the MEC for Health in the Eastern Cape. 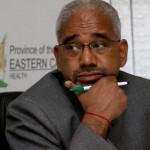 In January, Dr. Siva Pillay is appointed HOD. Nicknamed the “corruption buster”, Pillay sacks 1 284 departmental staff for offences ranging from corruption to non-performance and incapacity. He fires the entire regional leadership of the ambulance service for flying private patients at a cost to taxpayers of R25 million. According to Pillay, he saves R1.4 billion in duplicate and corrupt payments.

In August, suppliers cut off shipments of HIV and tuberculosis drugs because of unpaid bills.

2011 – The province requests police to investigate a fire at the Mthatha medicines depot. In a statement, the department says it cannot rule out that the motive was to destroy evidence as staff are busy with stock-taking when the fire erupts.

Pillay reveals that he has faced a series of verbal and physical threats and two attempts have been made on his life since he began an internal clean-up of corruption and fraud within the department.

Lusikisiki’s Village Clinic is closed after the EC government fails to pay rent. The clinic sees up to 7500 patients a month, including about 1,500 HIV patients on antiretrovirals. The department erects tents and old mobile homes in the clinic’s stead. Patients and staff report that the makeshift clinic includes only one pit latrine.

The Special Investigations Unit finds that between January 2009 and June 2012, provincial health officials and associations pocket more than R800 million. 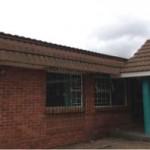 There are 27 000 vacant posts, mostly for professional nurses.