Home » E Cape: “It’s us in the rural areas who suffer most” 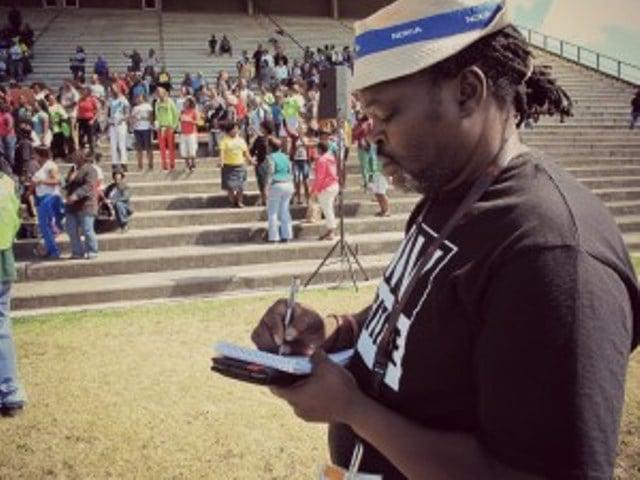 OurHealth citizen journalist Mtshama Mvlisi covers the Eastern Cape’s OR Tambo District. He works and lives in one of the country’s worst health districts. 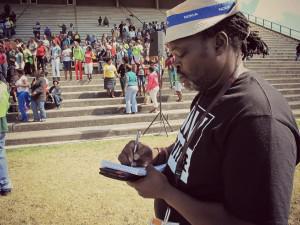 Mtshana Mvlisi: “…it’s us in the rural areas that suffer most.”

OR Tambo district is a National Health Insurance [pilot] site but it doesn’t show. The people here suffer now as they’ve suffered before. We are waiting for change, but it’s not coming and we need to know what’s happening.

In March 2012, South African Health Minister Dr Aaron Motsoaledi announced that the OR Tambo District would be a pilot site to test the country’s proposed National Health Insurance (NHI)  – in part because the department saw the district was already in trouble.

“Both the national Departments of Health and Treasury have been aware of the major health, financial and resource problems in the Eastern Cape healthcare system in general and in OR Tambo District in particular,” said Motsoaledi in a recent press conference. “We chose [OR Tambo] as a pilot specifically because we wanted to take that opportunity to fix a multiplicity of problems the district is experiencing.”

Personally, I haven’t had bad experiences with the health system, but I know people that have experienced things that are not supposed to happen at health facilities. These people were expecting more from the Department of Health.

Last year, I did a story about patients who were abandoned at Nelson Mandela Academic Hospital in Mthatha. These patients were told that they would be transported from the hospital back to Lusikisiki but they were stuck at the hospital because there were no ambulances.

[My friend’s cousin] had an accident while being transported to Mthatha by ambulance. Afterwards, it was alleged that the ambulance driver was drunk. This year, St. Elizabeth’s Mission Hospital in Lusikisiki has had water shortages – the laundry could not be done and patients could not be washed.

The Village Clinic in Lusikisiki – I call it “my adopted clinic.” The department closed it, then put up tents, which they took down. Now, we have a structure with a 20-year lifespan but we need something permanent. There is still a need for one tent to be used as waiting room – one of the tents should have been left.

These are on-going problems, and this is what matters to me, to us and to the community.

What I think people don’t understand is that when somebody from the community comes to the clinic expecting services from the health facility and something goes wrong – like maybe there is a stock out – that person from the community doesn’t understand why that has happened. They need to be taught about what to do when there are, for instance shortages in health facilities…they must be referred to another clinic.

Marching on Bhisho had an impact on me because I know where I come from and what it’s like. Since MEC Sicelo Gqobana was not there, I still have my doubts that anything will happen. I was hoping to meet him and that maybe he would say, “somebody from somewhere like OR Tambo, do you have any questions?”

Other people I spoke to during the march felt the same like Lumkile Nqweniso from Dimbaza, 20kms west of King William’s Town.

“This is not the first march to these offices, we will see what happens after because [after other marches] … the Department of Health did nothing about our grievances,” Nqweniso said.

The government should take a stand about what happens at health facilities because that is the responsibility of government, not the community or non-governmental organisations.