Home » Smoking during pregnancy may cause bipolar disorder

Children of mothers who smoked during pregnancy may be at an increased risk for developing bipolar disorder, a new study suggests.

Smoking during pregnancy may cause bipolar disorder 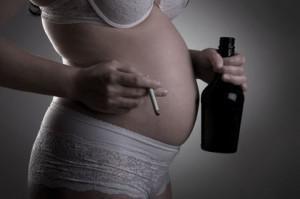 As part of the study, researchers looked at 79 people with bipolar disorder and 654 people without the condition who were born between 1959 and 1966. People whose mothers smoked during pregnancy were twice as likely to have developed bipolar disorder, according to the research published in the American Journal of Psychiatry.

Bipolar disorder, also known as manic-depressive illness, is a brain disorder that causes unusual shifts in mood, energy, activity levels, and the ability to carry out day-to-day tasks, according to the US National Institutes for Mental Health (NIMH). The condition usually develops in early adulthood, with at least half of all cases starting before patients reach the age of 25 years.

More than four million South Africans are estimated to have bipolar, according to the South African Depression and Anxiety Group.

Dr. Alan Brown is the study’s lead author and a professor of clinical psychiatry and epidemiology at the New York State Psychiatric Institute, Columbia University and Mailman School of Public Health. He said that the research supported the need to continue with programmes aimed at educating parents about smoking’s effects on children.

“These findings underscore the value of ongoing public health education on the potentially debilitating, and largely preventable, consequences that smoking may have on children over time,” Brown said in a press release.

A previous study by Brown and his colleagues found that flu virus in pregnant women was associated with a quadruple increased risk that their child would develop bipolar disorder, according to a news release. – Health-e News Service