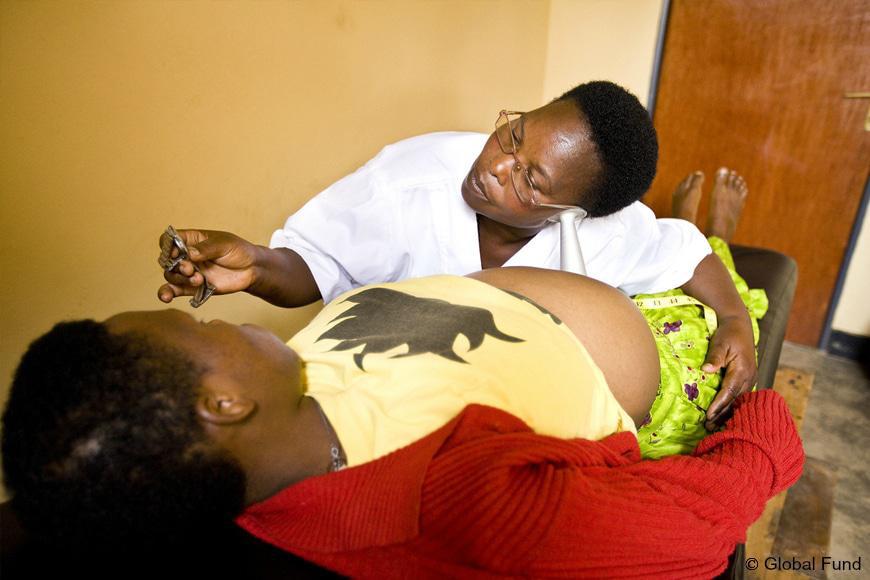 A nurse checks a baby's heart beat at an antenatal visit. (File photo)

South African health facilities are slowly improving their treatment of pregnant women and babies, but certain provinces and districts are holding back progress.

Mpumalanga is the only province where more mothers died in childbirth in 2012/13 than the previous year, while stillbirths have also increased in that province, Limpopo and the Northern Cape.

The worst district for stillbirths was the Western Cape’s Central Karoo district, where they have more than doubled in a year although the number of cases is still small.

These are some of the findings of the District Health Barometer 2012/13, which was launched last night in Pretoria.

“The stillbirth rate is a good indicator of care during the third trimester [of pregnancy] and intra-partum period [labour],” according to the Barometer.

Improving maternal and child health is one of the health department’s main priorities, particularly as research has shown that around four out of ten maternal deaths are “preventable” if women are given proper care.

Mpumalanga’s maternal mortality rate is 175,8 per 100 000, while the Capricorn district in Limpopo reported a shocking maternal mortality of more than double the national average (292,2 deaths per 100 000 deliveries). KwaZulu-Natal’s uMgungundlovu (Pietermaritzburg) and Uthungula were also poor performers.

At the other end of the spectrum, only about six women died per 100 000 births in Cape Town.

About half the women who die in childbirth succumb to AIDS-related infections, so identifying HIV infection is critical.

The health department has been campaigning for pregnant women to visit their clinics for check-ups as soon as they know they’re pregnant so that any potential problems can be picked up early.

But the Western Cape is the only province where the majority  of pregnant women have had at least one check-up halfway through their pregnancies.

Only about one-third of pregnant women in OR Tambo and Alfred Nzo in the Eastern Cape and Johannesburg had check-ups by 20 weeks, the lowest rates in the country.

South Africa is also committed to reducing the deaths of children under the age of 5 years to 20 deaths per 1000 births (2%) as part of the MDGs.

But in 2011, we were triple this target with almost six percent of all children born dying before their fifth birthday – mainly from AIDS-related illnesses, diarrhoea, pneumonia, malnutrition and within a week of being born.

The country is also making slow but steady progress to reduce diarrhoea with dehydration in children under five, and there are now 12 cases per 1000 kids. Only the Free State and Northern Cape reported more cases than the previous year.

There was a slight increase in cases of severe malnutrition (4,4 cases per 1000 children under five), with half the districts reporting increases. The Northern Cape reported the worst rates but it has also made the greatest progress in preventing malnutrition-related deaths. – Health-e News Service.

South Africa’s worst places to be a woman, mother