Home » New TB technology may be ready for clinics 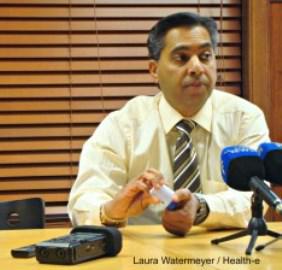 New research has shown that rapid GeneXpert tuberculosis (TB) test improves access to TB diagnosis and treatment, and may be ready for South African clinics.

New TB technology may be ready for clinics 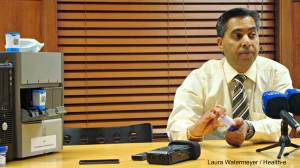 Conducted in part by the University of Cape Town (UCT), the study looked at whether it was possible for nurses – instead of laboratory technicians – to administer the test in clinics in four countries, South Africa, Zimbabwe, Zambia and Tanzania.

Introduced in South Africa in 2011, the GeneXpert can diagnose TB as well as some forms of drug-resistant TB in just hours. Conventional TB testing, which relied on microscopes and chest x-rays, can take weeks. These methods also miss up to 60 percent of TB cases.

However, the GeneXpert is currently only largely used in South African laboratories, meaning clinics must send samples to these labs for testing and wait several days for results to come back.

“We asked a simple question, if we put this technology in the clinic and the test is performed by a minimally trained health care worker will that impact on patient drop out and what are the potential benefits of that strategy?” says study co-author. Keertan Dheda from UCT’s Department of Medicine.

Published in the 28 October online edition of the Lancet, Dheda’s study found that nurses could accurately run the GeneXpert machines with a single day’s training.

“What this translates into is halving patient drop out so a lot more patients returned or were put on treatment compared to those who were tested using traditional smear microscopy,” he explains.

Only half of all patients diagnosed with multidrug-resistant (MDR-TB) in South Africa receive treatment.

“Unless we rapidly diagnose cases of MDR-TB and rapidly act to treat these patients then this problem of XDR-TB and incurable TB is going to get bigger and bigger,” warns Dheda, who suggests placing GeneXperts in clinics in drug-resistant TB hotspots around the country.

Each year, South Africa reports more cases of XDR-TB than any other country in the world. Only 16 percent of TB cases are currently tested for MDR-TB.