South Africa is experiencing yet another shortage of ARVs. (Photo: Jean-Marc Giboux)

Starting HIV patients on antiretrovirals (ARV) earlier may save South Africa money in the short-term, but doctors caution such a move may risk patients. 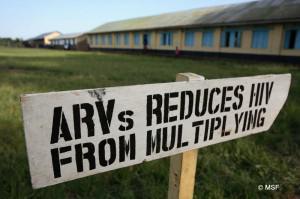 In 2011, the nine-country HPTN 052 study found that starting HIV-positive people on ARVs earlier and at higher CD4 counts of between 350 and 550 reduced their risks of transmitting the virus by about 96 percent. It also bolstered a growing body of observational data that earlier treatment benefited HIV patients too, by keeping them healthier longer.

Based in part on the study, the World Health Organisation (WHO) issued 2013 guidelines recommending that countries start HIV patients on ARVs at a CD4 count of 500 or below instead of 350 or less.

The South Africa government has yet to move to earlier treatment, and cost is one of many concerns.

Now Harvard University researchers in the United States have released research showing that such a move may actually save South Africa money.

Published in The New England Journal of Medicine, Walensky’s study found that earlier treatment in South Africa would actually save the country money primarily by preventing illnesses like tuberculosis in people living with HIV. She added that the a projected decrease in new HIV infections also contributed to the move’s cost effectiveness.

“The prevention benefit of early ARV therapy cannot be overlooked and contributes also to improved life expectancy to (HIV-negative) partners and decreased costs over time,” she told Health-e.

But in the long run, early treatment is likely to cost the country about as much as treatment under the country’s current guidelines, because “patients will live much longer and take these effective medications for many years.”

In the past, these kinds of costing projections have played an important part in prompting the South African government to adopt international recommendations.

“While the WHO has provided … recommendations, most countries – including South Africa — have not yet begun to implement the guidelines, often citing cost and cost-effectiveness concerns,” she said. “We have now demonstrated that these concerns are most likely unfounded.”

But the move to earlier treatment is not just about the money, caution South African doctors.

In response to the WHO’s new guidelines, the Southern African HIV Clinicians Society acknowledged that there were scientifically proven benefits of early ARV treatment for pregnant mothers and those in relationships with HIV-negative people.

However, the body said that data regarding the potential benefit of earlier treatment for others living with HIV was still relatively weak.

In the meantime, moving to earlier treatment in South Africa might risk putting patients at an unnecessary increased risk of developing drug resistance and increased side effects as consequences of spending longer on treatment in their lifetimes.

This is especially true given the frequency of drug stock outs, according to Deputy Executive Director of the Wits Reproductive Health and HIV Centre Dr. Francois Venter.

“We have mass stock outs across the country – (fixing this) should be the priority, not expanding access further when we can’t cope with existing demand,” he told Health-e. “We should focus on getting our drug supply systems working well, before expanding access.”

He added that currently modelling regarding the cost effectiveness of early ARV initiation in South Africa has largely not factored in the risk of such treatment interruptions. – Health-e News Service.