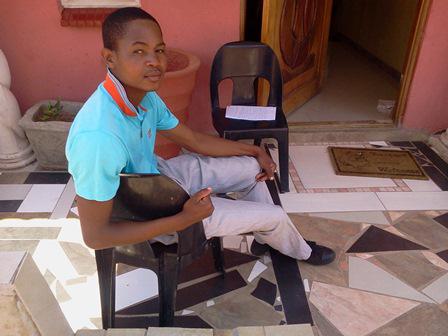 “Drugs are a nuclear bomb”

Ofentse Mabokela of Kanana near Hamaanskraal spent two years addicted to nyaope and dagga and is now a recovering addict.

Mabokela started using nyaope and dagga after a disagreement with his mother left with him out on the street. A by street vendor offered him a place to stay on the condition that he worked for him. The vendor introduced Mabokela to alcohol and, later on, dagga and nyaope. 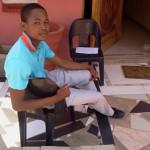 At first, the nyaope made him vomit because it used to smell like vinegar, he remembers.

“But I became used to it and enjoyed using five packets a day,” Mabokela tells OurHealth.

In spite of his budding addiction, Ofentse finished his matric. In 2011, however he was arrested for alleged robbery. He was eventually acquitted of the charges but not before he spent a month in prison where he first experienced withdrawal systems.

“I could not eat and sleep because there were no drugs there,” he says. “That is where I realised the damage that I caused myself with drugs and alcohol.”

After being freed he began using drugs again but eventually turned to his mother for help. His family supported him in getting medical attention and thought it was better that Mabokela move to Soshanguve to stay with his grandmother.

“I slowly stopped using the drugs but it was not easy with stomach cramps and withdrawal,” he says. “I told myself I should quit no matter how hard it is.”

He says drugs are like nuclear bomb that kills you without a notice.

“I know two guys who died in a toilet because of drugs,” he adds. “Those who sell to you do not use it because it is very addictive and they can end up using the whole packets in stock.”

Since Mabokela stopped using drugs, his relationship with his mother, Mantshayi, has improved. She says she’s forgiven him for the pain he caused her while he was using.

“The boy gave me a lot of stress while he was high, but I have accepted his apology and I think he is doing well,” she says. “I am happy and I pray daily that he must not turn back to using again.”

Mabokela now focuses on his work at a construction company and cautions others that addiction is a dead-end road.

“I urge those who are on drugs to stop now before it’s too late, he says. “Drugs are damaging and they make you sick to death – no one can be successful while on drugs.”