Home » Commuters worried about their health 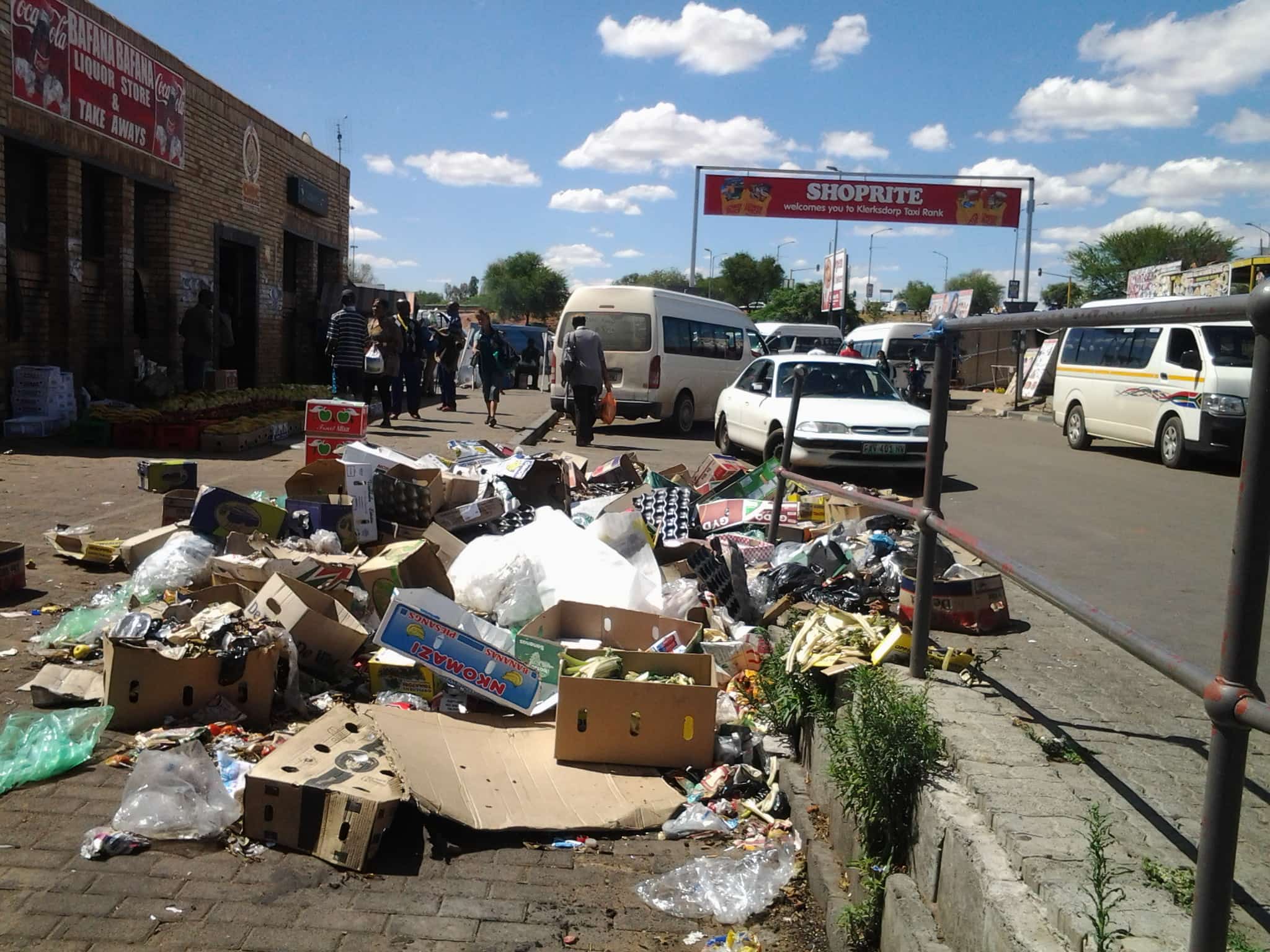 Klerksdorp – Commuters who use Jouberton Taxi Rank are worried about their health as they board taxis in the foul-smelling surrounds.

The rank was revamped three years ago into Shoprite Terminus rank.

Restaurants and liquor stores near the rank have had to put up with trying to run their businesses in stink. Nearby hawkers have sometimes set the rubbish alight because it has taken so long for it to be collected.

Seabata Mashilo of Ext 10 said: “It is clear that no consideration was given to capacity and infrastructure, especially where restaurants and fast food chains are concerned.”

Matlosana Taxi Association secretary Simon Magaga said: “We will engage the relevant people. This is not something we can achieve in a single day and we ask for patience.”

OurHealth  spoke to one of the salon owners at the rank, Charles Sinanda.

“We are really worried about our health. Working in these conditions everyday is not easy. It should be everyone’s dream to help improve this kind of situation. The municipality should encourage us by playing the bigger role.”

In order to use the toilets at the rank, people are expected to pay R1. As a result, male commuters relieve themself on the barricades used as fence for the rank.

Dr Kenneth Kaunda regional taxi association deputy chairperson Daniel Moeng said the association had spoken to business people in the area “to make sure they take responsibility too”.

Moeng said the plan had been to use the money collected from use of the toilets to keep the facilities clean and maintained, but this had not happened.

Numerous attempt by OurHealth to get comment from City of Matlosana were unsuccessful. Acting spokesperson Isaac Diphoko did not respond despite promising to.