Africa’s health could go up in smoke

While regulation and taxation have halved South African smoking rates in the past 20 years, rates in the rest of Africa are rising steadily. 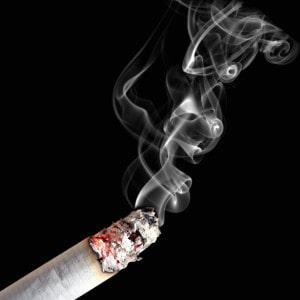 Currently, six percent of the world’s adult smokers live in Africa but that number is expected to rise as economic and social development on the continent continues, according to a new American Cancer Society (ACS) report.

The report predicts that Africa’s current 77 million smokers will balloon to 572 million – accounting for about 20 percent of smokers globally – by 2100 if new policies are not implemented and enforced.

“Without action, Africa will grow from being the fly on the wall, to the elephant in the room,” reads the Tobacco Use in Africa: Tobacco Control Through Prevention report, which was presented at the Union for International Cancer Control conference currently underway in Cape Town.

The report notes that smoking rates in children in Africa are also high, and appear to be climbing compared to other developing regions.

“Africa is on a trajectory of needless tobacco-related death and disease,” ACS Chief Executive Officer John R. Seffrin told Health-e. “But there is a clear opportunity to curb and prevent tobacco use, and save millions of lives with a combination of targeted prevention and intervention policies.”

Given the relatively low rates of female smokers in Africa, the report recommends prevention campaigns geared towards women to stem a rise in smokers. Authors also advocate heavily taxing tobacco products, which has been successfully implemented in South Africa.

The World Health Organisation has suggested that tobacco products be taxed at 70 percent of retail prices. However, most African countries only tax such products at about 40 percent or less of their retail value.

“If governments neglect excise tax, smoking becomes more affordable,” said Corne van Walbeeck, professor of economics at the University of Cape Town, who ascribes South Africa’s rapid decrease in smoking prevalence over the past two decades to the increase in excise tax. “Studies have shown that for every ten percent price increase there is a four percent decrease in consumption.”

However, the same tobacco control strategies may not work in all African countries. The ACS report details the smoking patterns in different countries.

“Just as the demographics and prevalence of tobacco use in Africa are unique, so are the solutions to address this epidemic,” said Hana Ross, ACS’ managing director of International Tobacco and one of the study’s authors.

Water pipe smoking, also known as hubbly bubbly, causes as many respiratory problems as cigarette smoking, according to a new study published in the journal Respirology.

Rooibos, honeybush and garlic may protect against cancer, which is set to increase massively in South Africa in the next 15 years