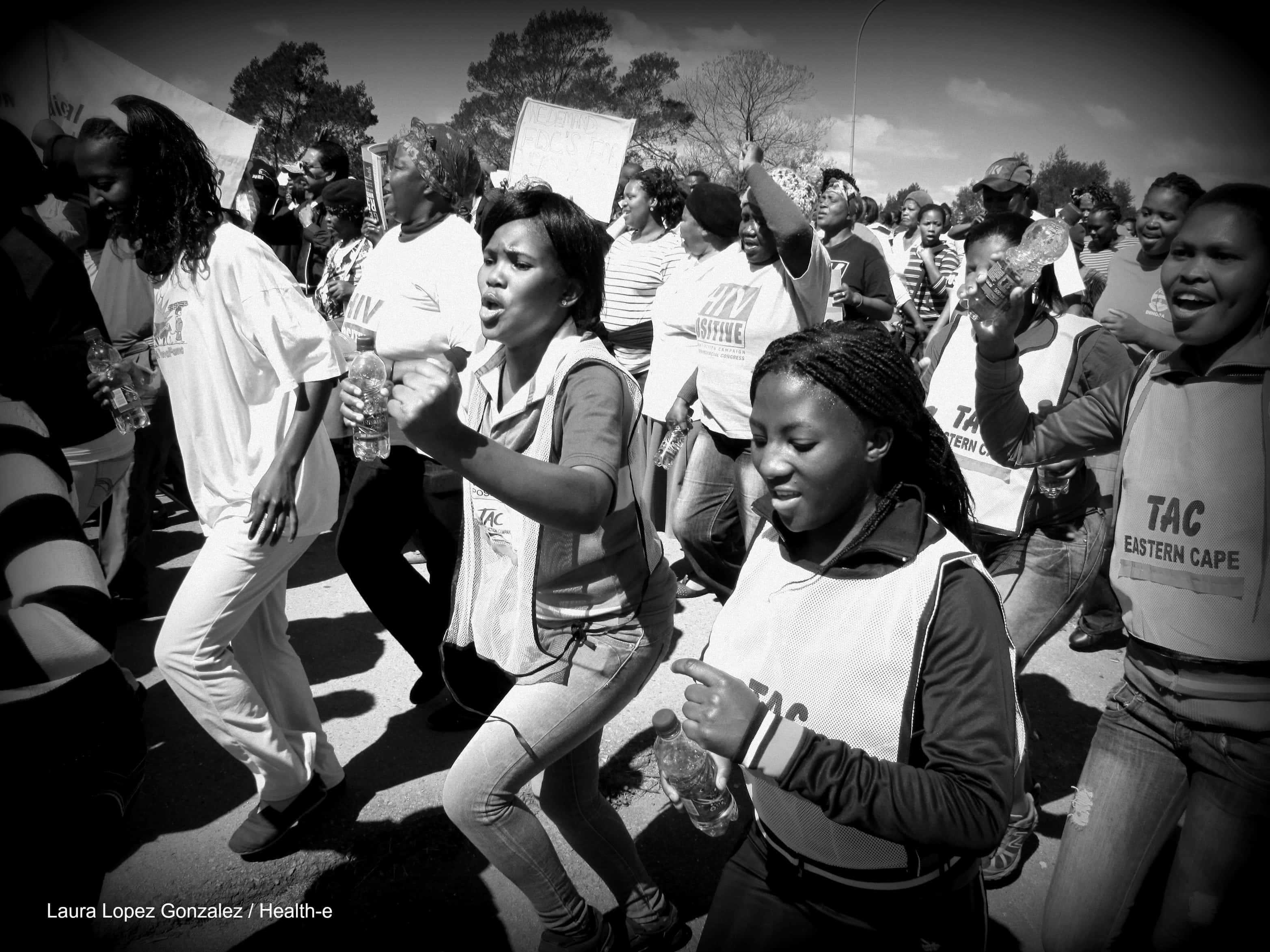 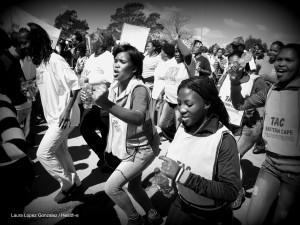 Armed with a list of demands to address challenges such as medicine stock outs, non-functional provincial AIDS councils and a lack of clean water affecting HIV patients in Mpumalanga, TAC marchers refused to join the event until Deputy President Kgalema Motlanthe agreed to meet them.

According to a TAC statement, the march came after two earlier failed attempts to meet Motlanthe, who serves as the chairperson for the South African National AIDS Council (SANAC).

“We wanted this World AIDS Day to be different to the previous World AIDS days by ensuring that issues that are currently affecting the health system are addressed” said Section27 National Organiser Sifiso Nkala.

As a result of the protest, five members of TAC and Section27 were able to meet with Motlanthe, Minster of Health Dr Aaron Motsoaledi, as well as Mpumalanga MEC for Health Candith Mashego-Dlamini and Premier David Mabuza. The civil society team also raised issues such as the deterioration of health services, and vacancies in critical health posts and emergency medical services.

According to TAC’s Mpumalanga Chairperson Thobile Maseko, Mpumalanga Premier David Mabuza has also committed to meet with the organisations on 4 December to address issues in the province.

“We are tired of expensive World AIDS Day events that bring a circus to a heavily affected area for one day and leaves with the realties (of) people living with AIDS unaddressed,” said TAC in a statement, which also criticized SANAC’s alleged silence regarding challenges facing people living with HIV. “This is not the way to remember people with HIV who have died in the struggle to get South Africa to the position (in which) we are standing in relation to the HIV epidemic today.”

According to Nkala, if Mabuza fails to respond to issues plaguing the province, civil society organisations will mount a more focused campaign.

About 10,000 people were estimated to have attended the celebrations in Piet Retief during which the country re-launched massive HIV testing and medical male circumcision campaigns. The Department of Health plans to medically circumcise one million men in the next year. By 2016, the country is also hoping that four million men have undergone the procedure aimed at reducing their risk of contracting HIV.

Check out pictures from the march