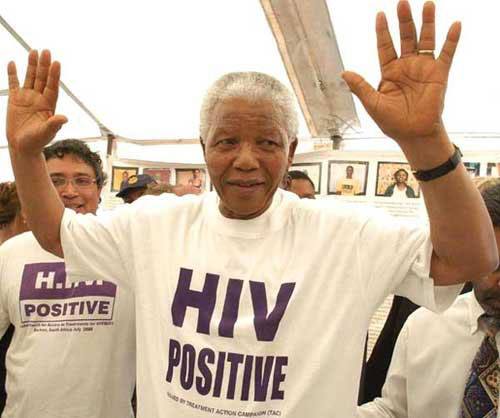 GENEVA, 5 December 2013—The Joint United Nations Programme on HIV/AIDS (UNAIDS) is greatly saddened by the death of South Africa’s former President, Nelson Mandela, one of Africa’s greatest leaders and a passionate advocate for people living with HIV.

“Nelson Mandela was a central figure in the AIDS movement. He was instrumental in laying the foundations of the modern AIDS response,” said Michel Sidibé, Executive Director of UNAIDS.  “His actions helped save millions of lives and transformed health in Africa. He broke the conspiracy of silence and gave hope that all people should live with dignity.”

In 1994, Mr Mandela became South Africa’s first democratically elected President after the end of apartheid. He devoted much of his time to advocating for access to HIV treatment, ending stigma and ensuring all babies are born HIV free. He used his stature and presence on the global stage to persuade world leaders to act decisively on AIDS and tuberculosis.

In 2005, Mr Mandela took the bold decision to make a personal AIDS tragedy public. AIDS was still a taboo topic in South Africa, but he revealed at a news conference that his son had died from AIDS-related causes. His public revelation helped drive debate about HIV. And his support to people living with HIV helped to break down stigma and discrimination.

In one of his notable public statements about AIDS, Mr Mandela called on the world to be brave, “The more we lack the courage and the will to act, the more we condemn to death our brothers and sisters, our children and our grand-children. When the history of our times is written, will we be remembered as the generation that turned our backs in a moment of a global crisis or will it be recorded that we did the rig

“Nelson Mandela’s vision and his steadfast commitment to social justice and personal bravery have inspired not only me but millions of people around the world to stand up and speak out for what they believe is right,” said Mr Sidibé. “He was my personal hero and showed me that even in the face of adversity it is possible to realize your dreams and move mountains.”