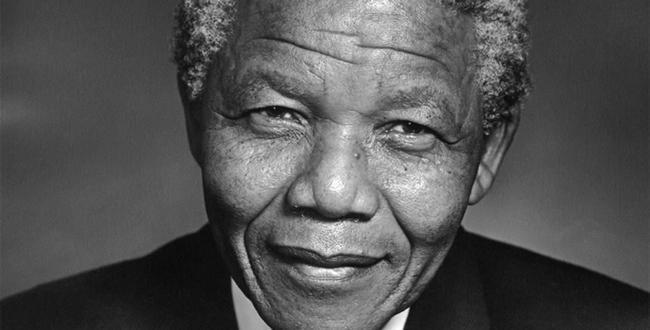 One of South Africa’s first politicians to openly speak about HIV, Nelson Mandela has died at the age of 95. Health-e takes a look at how local activists and global health leaders are remembering the father of the nation. 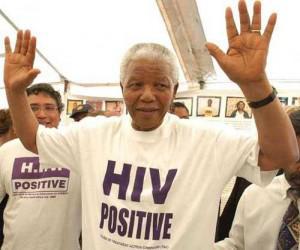 In 2005, Mandela announced that his son Makgatho had died of AIDS-related illnesses and many applauded his openness at a time when the country remained steeped in AIDS denialism. However, Madiba’s role in HIV activism started years earlier with a monumental 2002 trip to Khayelitsha.

As the nation mourns Mandela’s passing, many in the country reflect on that day more than a decade ago.

HIV treatment would only become available nationally in 2004.

Standing alongside activists and doctors, Mandela wore the now famous HIV-positive t-shirt that became a hallmark of the HIV movement not only in South Africa but globally.

In the wake of his death, statements from TAC, MSF and the South African National AIDS Council (SANAC) harken back to that day.

“In exactly one week, it will be 11 years since Madiba pulled a white t-shirt with the iconic words “HIV-positive” in purple over his head.

“In that moment, he became one of us and made a powerful statement against stigma, at the same time sending a message to the then denialist government that people living with HIV…should be given life-saving treatment.

“TAC will hold this image of our smiling, waving Madiba close to our hearts during this sad time. Thank you, Madiba for what you did for the HIV movement, for TAC and people living with HIV in particular… Rest in Peace, Tata.

“Today, TAC (members) will again wear our t-shirts with pride but also with heavy hearts.”

In a statement, MSF’s HIV/TB Coordinator for southern Africa Dr Eric Goemaere called Mandela “the greatest humanitarian” he had ever met:

“Once convinced of the right cause, he gave the impression nothing could stop his determination. He showed compassion and uncompromising leadership on issues of principle – regardless of the potential political consequences.”

“Mandela donned his gloves to fight HIV publicly. He supported the HIV programme MSF was running. To show solidarity he wore an ‘HIV-positive’ t-shirt during a visit to (our) project… That image was broadcast around the world.

“It was then we felt something had shifted in the halls of power.” 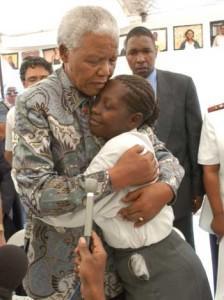 During Madiba’s visit to Khayelitsha, he is touched by the story of Babalwa Thembani, who asks him to work with government to provide HIV treatment for all

SANAC CEO Dr Fareed Abdullah worked closely with TAC and MSF to roll out antiretrovirals (ARVs) in the Western Cape. He also remembered that day at Khayelitsha’ Ubuntu Clinic years ago in his statement on behalf of SANAC.

“Mandela played a significant role behind the scenes in 2002 – 2003 to change the government’s policy on antiretroviral treatment. He visited the first public sector ARV treatment programme in Khayelitsha, Western Cape, and publicly declared his support for treatment. During his visit, he told people that he was paying for a university student’s ARV treatment and has seen her rise from her death bed and live a purposeful and successful life.”

World Health Organisation Director Margaret Chan drew parallels between Mandela’s ability to break down barriers between races and break down stigma against people living with HIV.

“Mandela’s commitment to overcome prejudice and hate inspired not only his determination to break down barriers between different races, but also to eliminate discrimination against those living with HIV, calling on people to give publicity to HIV/AIDS and no longer to hide it.”

“His actions helped save millions of lives and transformed health in Africa. He broke the conspiracy of silence and gave hope that all people should live with dignity. Nelson Mandela’s vision and his steadfast commitment to social justice and personal bravery have inspired not only me but millions of people around the world to stand up and speak out for what they believe is right.”

Former Minister of Health of Norway and board chair of the public-private vaccine partnership GAVI Dagfinn Høybråten recalled the statesman’s leading role in pushing childhood vaccination to the top of the global health agenda.

“Nelson Mandela’s vision, determination and leadership were central to driving children’s health to the top of the international agenda. As the inaugural Chair of the Vaccine Fund Board, President Mandela rallied other world leaders and helped secure funding that has enabled GAVI to reach millions of children in some of the most remote and challenging parts of the world with vaccines against serious childhood illnesses.

“I was lucky enough to have been a political reporter at the time of his release and covered his welcome home rally at FNB Stadium in Soweto. The stadium was so full, and people were toyi-toying so much that we feared that part of the stadium might collapse. School kids had commandeered every vehicle they could, including tractors that usually cut grass, to get to the venue.

“It was an incredible feeling – probably the closest we ever got to what revolutionaries must feel like when they have liberated a country. But we did better because ours was such a peaceful transition.”

In 2007, the South African Medical Association awarded Mandela its highest honour in recognition of his contribution to the country. In the wake of Mandela’s death, SAMA Chairperson Dr Mzukisi Grootboom recognised not only his accomplishments but thanked the team of 25 doctors and nurses who had been taking care of him prior to his passing.

“SAMA would like to extend its gratitude to the medical and nursing team that tirelessly cared for Madiba and were responsible for his health whilst in and out of hospital. As doctors we understand the pain and suffering felt by those who have lost a loved one and we trust his family will find strength in knowing that he lived a long and singularly unique life… As the first black president of a new South Africa, Madiba brought democracy and freedom.  He was the father of the nation, an inspirational leader and the greatest freedom fighter of all time.

“South Africa has lost its greatest son, however it is now up to all South Africans to pick up the torch, follow in his footsteps and finish what he started and complete our walk to freedom.” – Health-e News Service.