Home » Blood on the floor: Women’s deaths a ‘national emergency’ 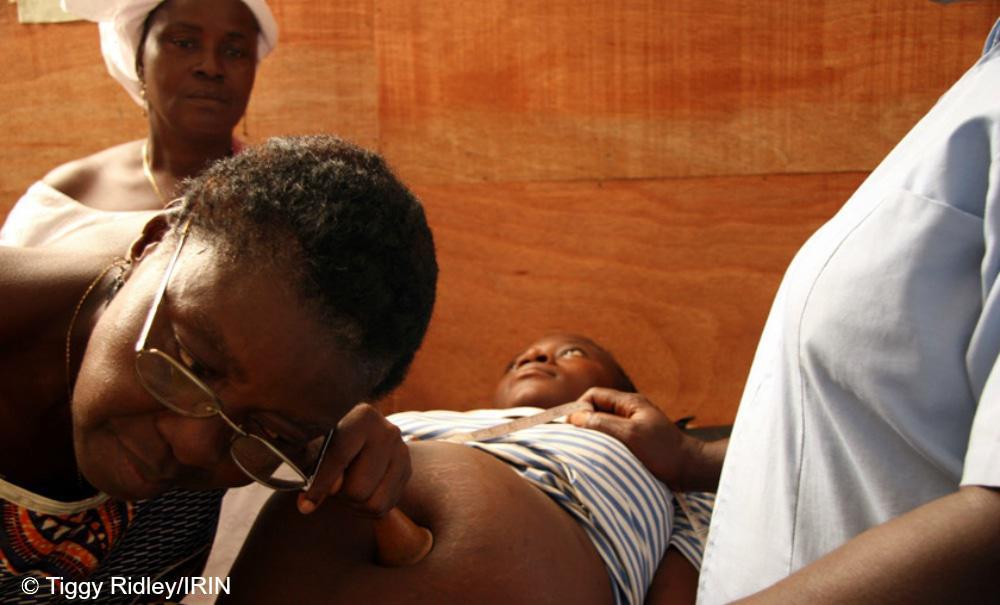 About 70 percent of maternal deaths due to bleeding during or after caesarean deliveries could have been avoided, according to recent maternal death audits (File photo).

Nocawa Dail, 21, was expecting her first child and in her third trimester of pregnancy when piecing abdominal pains led her to Welkom’s Bongani Regional Hospital about 200 km from her home.

She would never see her family again.

Dail was told the baby was dead. Then the wait began. Dail’s aunt, Nozimanga Pitso – a midwife herself – kept vigil over her young niece’s bed.

“The fact that she arrived at the hospital with abdominal pains and bleeding, you would have expected a doctor to check her,” Pitso said. “Everyday, we were told the doctor was busy in other wards.”

“When we checked her file, there would be no doctor’s report,” she added.

When Pitso returned to Dail’s bedside on the fifth day, Pitso found doctors had surgically removed the baby. On the bed, Dail’s tiny body was framed in red.

“When I opened the sheet, all I could see was blood between her legs,” she said.

Nocawa Dail died later that day, becoming one of hundreds of new and expecting mothers to die in South Africa each year.

Although history is sure to treat former health minister Dr. Manto Tshabalala-Msimang harshly for her role in promoting AIDS denialsim under her term, one of the embattled minister’s greatest achievements was the introduction of maternal death audits. These audits require health facilities to complete detailed reports in the event of the deaths like Dail’s.

The latest three-year report on maternal deaths is a testament to how far we have come from the dark days of denialism. In 2008, about 40 percent of expecting and new mothers died from infections, mainly tuberculosis and pneumonia in HIV-positive women. By May 2014, the increased uptake of antiretrovirals (ARVs) – and earlier access to what some physicians have lovingly referred to as “magic muti” – drove this percentage down to about one-third – a rate that may fall even further as new guidelines allow people to access ARVs even earlier.

We may be saving more mothers, but beneath these figures there is a long lingering yet seldom spoken killer, and the stage may be set for more blood to be spilled on the hospital floor.

Blood on the floor

Almost 16 percent of mothers who die before or shortly after birth die from blood loss, and about a third of these women die – like Dail – bleeding out during or following caesarean deliveries, or “C-sections”. In about 70 percent of cases, the deaths of women during or after C-sections could have been prevented, according to a ecent review of maternal death audits published in the South African Medical Journal.

Article authors including Sue Fawcus and Jack Moodley from the National Committee on Confidential Enquires into Maternal Deaths cite some factors fuelling these deaths including a dearth of surgical skills in rural hospitals, a lack of emergency blood supplies as well as delays in calling for help.

The recent article is the second time in five years that Fawcus and Moodley have sounded the alarm over the crisis. Although some training guides and programmes have been implemented since the problem of deaths from haemorrhages following C-sections has only grown.

While rates this high may have added benefits for babies, C-section rates higher than 15 percent are unlikely to do much to reduce maternal mortality, according to the World Health Organisation.

Rates of caesarean deliveries in the private sector are more than 67 percent, according to Fawcus and Moodley’s most recent article.

What does save lives? Better surgeons, health worker training and use of medicines to prevent bleeding following operations – and contraception.

“The most effective and cost-effective way to reduce maternal mortality from all causes is by preventing unintended pregnancies,” notes Hofmeyr.

“In South Africa, we have proved our capacity to mainstream the largest HIV treatment programme in the world,” he said in a recent South African Medical Journal editorial. “We need to do the same for family planning.”

Contraception is the easiest way to prevent deaths

About 72,000 babies are born to teen mothers in South Africa each year, and as much as 75 percent of these pregnancies may be unwanted, according to a 2012 study conducted among about 3,000 young men and women in four provinces.

More than 50 percent of teen births take place in just three provinces – KwaZulu-Natal, the Eastern Cape and Gauteng. These provinces also account for more than half of maternal deaths in the last three years.

Despite high-level commitment to reproductive health services, including an expanding array of birth control options for South African women, access to these services on the ground remains problematic. Women seeking to take control of their reproductive lives, especially those in school, may still need to travel long distances to clinics that often do not run outside of school hours while navigating the moralising attitudes of some health workers.

Access to free abortion services remains hard to chart, promoting the Sexual and Reproductive Justice Coalition to recently petition Health Minister Motsoaledi to make lists of all public facilities offering abortion services publicly available and guarantee the availability of medical abortion drugs. To date, there is no indication that such a list has been widely published. – Health-e News.

Edited versions of this story were also published in The Star, Cape Times, The Mercury and the Pretoria News newspapers.