Very far from end of AIDS 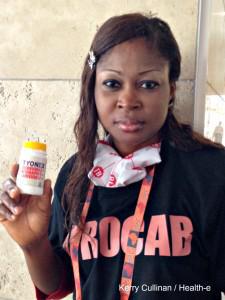 “We need to dispose of this notion of ‘the end of AIDS,’” said Heywood, speaking at the International Conference on AIDS and STIs in Africa (ICASA) yesterday. “We are nowhere near the end of AIDS.”

“We might be halfway there and there are dark clouds ahead,” he told Health-e. “Sex workers are still criminalised, gender violence is still high (and) so-called key populations, including men who have sex with men and injecting drug users, are under-served.”

“AIDS councils in many countries have become corrupt, and this is a problem because they are often the gatekeepers to funds from the Global Fund,” added Heywood, who accused UNAIDS of moving away from a human rights-based approach to AIDS to one that tried to portray AIDS as “a worthy investment that will yield returns.”

In June 2011, UNAIDS released an investment framework advocating that countries spend money on a basic set of six activities in HIV care and treatment, including prevention of mother-to-child transmission, medical male circumcision, and increasing access to antiretroviral (ARV) treatment. UNAIDS modelling suggests that, if implemented, the framework could avert about 12 million new HIV infections and almost 8 million AIDS-related deaths by 2020.

Meanwhile Nigerian activists interrupted a speech by Dr Evelyn Nigige , Director of the Public Health, Department of the Federal Ministry of Health who was representing the
Nigerian Health Minister and accused her of distributing sub-standard ARVs that had not been approved by the World Health Organisation.

A tearful Ester Abimbola said she had travelled all the way to South Africa specifically to meet Nigige because “this is the only way to get her attention.”

Abimbola said she was taking Tyonex, a fixed dose combination ARV of lamivudine, nevirapine and zidovudine, produced by the Nigerian pharmaceutical company by the same name. According to Abimbola, her drugs make her vomit daily.

An activist who grabbed the microphone ahead of Nigige said there were four million Nigerians living with HIV but only 500 000 were on treatment. He compared this to South Africa where 2.4 million people are on ARVs out of the country’s estimated 6 million people living with the virus, according to the Department of Health.

Dr Nigige, who promised to meet the activists from the African Community Drug Board after the meeting, claimed that she was happy to see them “as all I have got from them is emails. They have never come to see me.”

Nigige claimed that Tyonex was “a little bitter” but had no response to claims that the company was producing substandard drugs. – Health-e News Service.