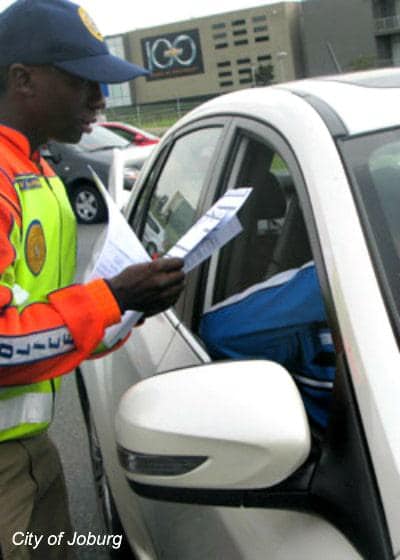 Holiday roadblocks could be vehicles for change as Tshwane paired cracking down on drivers under the influence with raising awareness about the dangers of drugs. 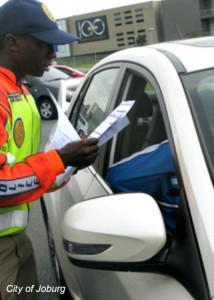 As police in many areas of the country increased the number of roadblocks on busy roads during the festive season, the National Traffic and Tshwane Metro Police partnered with a Local Drug Action Committee (LDAC) and the international non-profit Foundation for a Drug-Free World to help spread the word about drug abuse through roadblocks.

Police stopped more than 800 motorists along Molefe Makinta Highway between Odi Hospital and the Morula Sun Hotel as part of one such roadblock, which was also manned by 22 members of the LDAC from Mabopane, Winterveldt and Garankuwa.

As part of the roadblock, motorist Simba Khumalo was stopped, searched and asked to produce his driver’s license.

Khumalo said he hoped there would be more roadblocks like this to help reduce road accidents.

“I really support what this team is doing today and would also like to advise that it be done regularly to deal with those who are found under the influence of substances,” he told OurHealth. “They are the ones causing accidents.”

More than 700 fatal car crashes were reported nationwide in December, according to the Road Traffic Management Corporation as reported by the South African Press Association.

LDACs members and Maurithus Meiring, the Foundation for a Drug-Free World’s South African coordinator, also handed out drug awareness materials to drivers and nearby residents.

Drivers were also offered a chance to sign an anti-drug pledge, which garnered 129 signatures in the first three hours, according to Meiring.

The roadblock was also able to link at least four nyaope users with help, according to Garankuwa social worker David Mutele, who was also present at the roadblock.

“The four men are nyaope users and work at the outside parking at Morula Sun Hotel ,” he said. “We referred them to social workers in Mabopane, who were also on duty with us that day.”