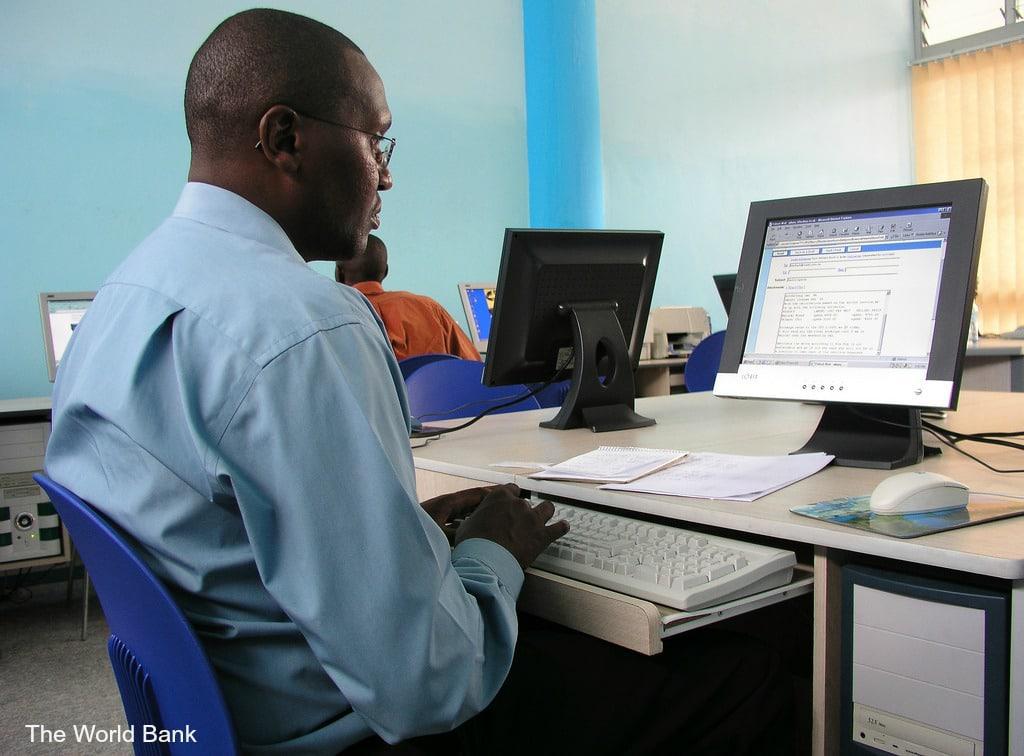 A newly redesigned Department of Health website has left health care workers in the dark – at least temporarily – as important guidelines, policies and tenders go missing. 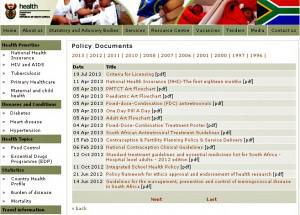 Interested in the government’s new policy on diabetes and want to know more? Well, you may have to wait. Last week as many health care professionals returned to work, they were met by the site of what some described as a “gutted and skeletal” Department of Health website.

As part of a redesign currently underway, the department’s web site has been stripped bare of many documents, including everything from infant feeding guidelines to prevent mother-to-child HIV transmission to some tenders.

Andy Gray is a pharmacist and senior lecturer at the department of therapeutics and medicines management at the University of KwaZulu-Natal’s Nelson R Mandela School of Medicine. He also runs an email list-serv for thousands of the country’s health professionals and often consults the Department of Health’s website both as an expert moderator but also as a lecturer.

“I often direct students to the site in part to find out what is new, for instance, what senior officials are saying or doing and any new documents that are coming out,” Gray says. “I also look at the tenders for what’s being tendered at what prices and what has been included.”

Now Gray says many of the website’s previous sections, including those that listed resources or detailed the latest figures for legally notifiable diseases are gone or blank.

Legally notifiable diseases are illnesses that medical professionals must report to government in order to help the country to monitor and control diseases like polio, haemorrhagic fevers or measles. Without this kind of information publicly available, Gray questioned the point of having a disease notification system at all.

“The last time that they revised the website, documents were lost and those are no longer available,” he adds. “It really scares me that someone has not filed away all those PDFs…that they are genuinely lost.”

“We are refreshing the website to strengthen its ‘look and feel’ while ensuring that it becomes user-friendly,” he tells Health-e. “We are experiencing challenges but we are working around the clock to ensure that all the necessary documents are on the site.”

He also added that the Department of Health has used internal staff for the redesign.*

Other departments have issued tenders for hundreds of thousands of rands for the development and maintenance of websites.

In December 2013, the Department of Public Enterprise announced that it had awarded a tender for about R969,000 to Nvision Solution Innovation for website development and upkeep. The information technology company also provides services for other government departments such as the Department of Trade and Industry.

Dr Sindi van Zyl, an HIV clinician with the HIV organisation Anova Health often appears in the media and is an active Twitter user. While she says that the redesign has made directing her more than 5,000 Twitter followers to health information harder, she likes the site’s new streamlined look.

But for some, patience might have been a virtue.

“They have a page for the National Health Insurance but you actually need documents about what it is, where are we and policies under that heading for it to be useful,” says Dr. Sue Goldstein, CEO of the Soul City Institute for Health and Development Communication, which does health and development communication.

“Maybe they should have kept the old site up until they had managed to do this properly,” says Goldstein, who added that now the department should prioritise re-loading legal and policy documents as it continues to improve the site. – Health-e News Service.