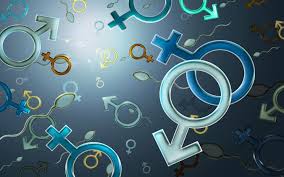 OPINION: “Sugar daddies destroy lives” say billboard adverts in Kwazulu-Natal in big bold black and red letters. The same message is echoed in radio adverts played across South Africa. Supported by the Minister of Health, it has become a large part of public health messaging to stigmatise age-discordant relationships because of the view that it is driving the country’s high HIV incidence.

Anti-“Sugar-daddy” campaign not supported by evidence

Guy Harling presented the study at CROI 2014. He explained that older male partners have been considered a risk for HIV because of power differentials. Numerous governments and NGOs have therefore targeted relationships between younger woman and older men, with the objective of stigmatising these relationships to reduce their frequency.

The Africa Centre recruited and followed a cohort of HIV-negative women between 2005 and 2012. Harling presented analyses of two groups of sexually active women: (1) ages 15 to 29 and  (2) ages 30 to 57. The study compared the correlation between the reported age disparity of the most recent relationship in each year of the study and HIV incidence. Essentially, participants were asked what is the age difference between you and your most recent sexual partner.

In the younger age group (15 to 29), the study followed 2,444 women for 5,913 person-years. There were 458 seroconverions. This was an incidence rate of approximately 7% annually. The study found that there is a clear norm that men are older than women in sexual relationships in rural Kwazulu-Natal. The median age-difference is about five years.

In the older age group, the study followed 1,734 women for 5,714 person-years. There were 116 sero-conversions and this was an incidence rate of about 2% per year. There was a larger spread of age disparities in this group and still a clear norm of men being older. More women in this group were married, as is to be expected.

For the younger group, the unadjusted hazard ratio of being in an older relationship was 1.0 [95%CI: 0.97-1.03]. Even looking only at women with the largest age disparity, there was no additional risk. Adjusting the results for education, marital status, household wealth, age at sexual debut, number of partners in the past year, any casual partners in the past year and condom use made no difference.

Among older women there is an association, but in the opposite direction of conventional wisdom.  Harling showed a graph that shows a roughly linear decline in the risk of contracting HIV as the age disparity increases. Women who had partners ten years older had about a 45% lower risk of contracting HIV than a women who had partners the same age. He pointed out that this isn’t surprising because HIV prevalence amongst men over 40 is lower than younger men.

Harling said that while we are seeing age disparate relationships in this setting, they are not necessarily risky for HIV. He said we know from qualititative studies that in the younger age group it is women who are selecting which relationship to go into. Once in that relationship, decision-making power primarily lies with the man. Harling speculated that younger women are more careful with selecting older partners than with someone their own age. They might be considering HIV risk and this might equalise the risk between different relationships.

Importantly, there was no time-dependent change in risk across the study. This means that the lack of increased risk of HIV in age-disparate relationships cannot be ascribed to the “sugar-daddy” campaign because it is too recent.

Harling referred to a recent qualitative study published in November in PLoS One. [2] Interviews with 23 women in Cape Town found that although they believed older men were less likely to use condoms and more likely to be in concurrent relationships, younger men were viewed as more likely to be disrespectful and abusive. Harling said this may have a role in offsetting risk.

That sugar-daddies drive the epidemic is informed by the view that there is an economic incentive for younger women to date older men because the latter are wealthier, and that this leads to power differentials that put women at more risk of infection. Harling speculated that this is such a poor setting that this economic differential might not be at play here, that older men are poor too, and therefore this is not a factor driving transmission. By contrast, the more careful selection of older men who are more respectful than younger ones might mitigate risk. But he admitted there is no data here.

Harling concluded that prevention efforts that stigmatise relationships between younger women and older men might be inefficient. He said that we may need to understand in which settings and contexts, age discordant relationships are risky and then focus prevention efforts on those. He also said that if older women perceive that the anti-sugar daddy message applies to them as well, then it may be harmful. If the public health campaign is shifting women over 30 from older partners to younger ones, it is potentially increasing their risk of HIV infection.

As Harling said, “The message we need to take away is we need to do more research to understand who is at risk and then take actions that are targeted at the relevant populations.”