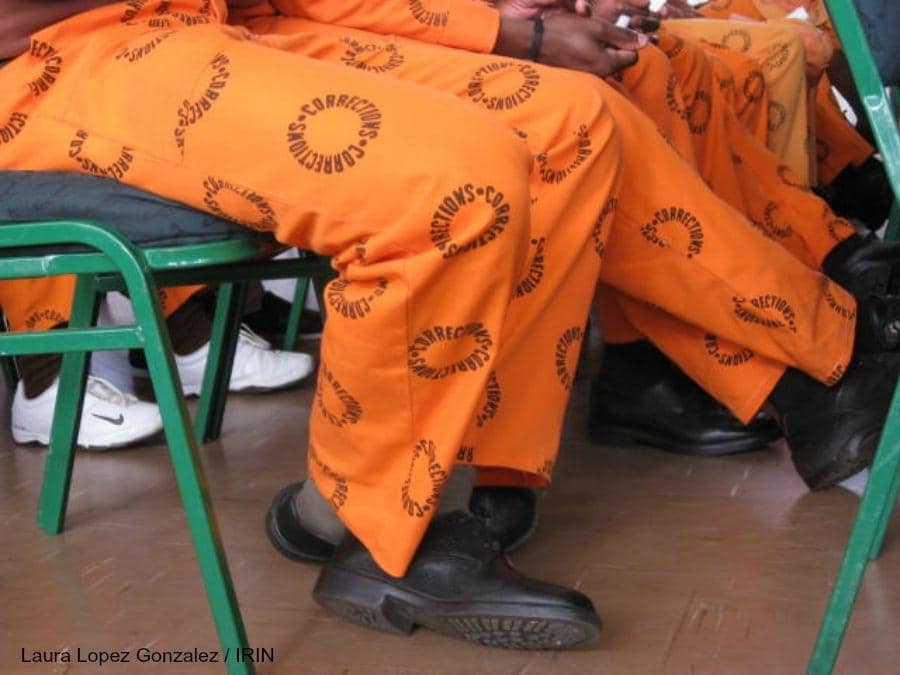 Despite court-mandated moves by government to stem the tuberculosis (TB) epidemic, a recent Treatment Action Campaign (TAC) investigation has found just eight doctors serve the Department of Correctional Services, according to this piece written by TAC researcher Lieve Vanleeuw. 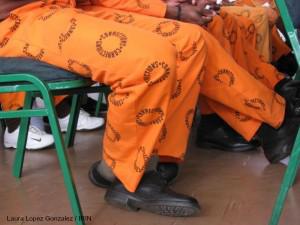 A TAC investigation found just eight doctors are currently employed by the DCS. The department largely relies on contracted private doctors to fill the gap left by 40 unfilled posts.

The World Health Organisation (WHO) also reports that TB in prisons has been reported to be up to 100 times higher than that of the civilian population and cases of TB in prisons may account for up to 25 percent of a country’s burden of TB.

“Prior incarceration is second only to HIV-infection as a risk factor for TB disease in township populations,” says Professor Robin Wood from the Desmond Tutu HIV Foundation. “Prisons should be recognised as a TB hotspot with an at risk population more than twice the size of the gold mining workforce.”

With more than half a million new cases of TB every year, of which approximately 15 000 are drug resistant, neither the South African government nor the general public can take this public health threat lightly.

The case of Dudley Lee versus the Minister of Correctional Services got a considerable amount of attention and urged the National Department of Health to step into correctional services territory. Awaiting-trial prisoner Dudley Lee sued the Department of Correctional Services (DCS) for causing him to get infected with TB while at Pollsmoor Prison. The Constitutional Court agreed and advised the DCS to implement proper infection control measures to prevent more inmates from getting sick – and suing the department.

[quote float=”right”]DCS employs only eight doctors nationwide to look after the almost 160 000 inmates incarcerated annually at any one time.

Following the Dudley Lee case, the Department of Health initiated a mass screening campaign in correctional centres nationwide. Screening on entry, twice a year and on exit should lead to more cases being detected and help curb the spread of TB.

Or at least in theory.

In reality, the screening campaign comes with its own challenges. While screening represents a first and important step towards recovery, it needs to be followed by treatment. Without providing effective access to TB and HIV treatment, mass screening is not only an expensive exercise but also presents a serious ethical issue.

Since the 2006 Westville case, in which the Durban High Court ordered the DCS to provide ARVs to inmates, the TAC has been monitoring prisons in several provinces. However, a recent TAC investigation conducted in correctional centres in the Western Cape, KwaZulu-Natal and Gauteng revealed several systemic failures by the DCS that affected ARV uptake among inmates.

DCS Director for Health Maria Mabena confirmed in an interview with the NSP Review that the department employs only eight doctors nationwide to look after the almost 160,000 inmates incarcerated annually at any one time. A further 40 doctors’ posts within DCS remain unfilled.

To fill the gap, she says, DCS has agreements with provincial health departments to contract private doctors.

Most centres that the TAC visited in the Western Cape, Gauteng and KwaZulu-Natal reported to have a doctor for half a day or one day per week

[quote float=”right”]Nurses can prescribe TB treatment but the pharmacy will not dispense without a doctor’s signature.

As in the general public health system, health care services are nurse-driven but nurses in correctional centres cannot initiate ARV therapy. Some inmates complain that they have waited more than three months to start ARVs. NSP Review investigations confirmed that in some correctional centres, nurses can prescribe TB treatment but the pharmacy will not dispense without a doctor’s signature.

Many inmates interviewed by the TAC claimed that even when the doctor is available and present, the department requires a security official to accompany inmates to the prison hospital. This requirement often prevents inmates from accessing care because security staff are frequently unavailable. A number of inmates also said that during “lockdown,” which usually occurs anytime between 2pm and 7am the following morning, centres operate with minimum staff and cells are not opened even in emergencies.

“Different categories of prisoners cannot be transported together,” she told the NSP Review. “If three patients come from three different sections it means that three separate vehicles are needed to transport them.”

This results in patients coming at different times or not at all” Siwendu added.

“Inmates come and go as they are released or transferred,” she said.”Sometimes they leave prison for the courts and do not return if released.

They then go home without medication or referral to the clinic and they are lost to follow up,” Siwendu added.

“This presents a huge problem,” she said. “[This patient] is definitely going to be sick again and he’s going to infect a lot of people wherever he goes until he’s sick enough to go to the clinic again.”

Despite court cases, TB prevention in prisons is lagging

Over and above ensuring screening and access to treatment, the most ignored fact in the government’s response is the fact that they are still not preventing inmates from getting infected.

Overcrowding, a lack of ventilation and long lock-up times have repeatedly been proven to increase the risk of infection with TB. A high HIV prevalence within prisons, poor nutrition and interrupted access to ARVs make the progression to TB disease all the more likely.

The Department of Health and DCS recently formed a National Task Team to operationalise the mass screening campaign and implement additional measures to reduce the TB epidemic in prisons. Chaired by the National Department of Health, the task team acknowledges the factors that are causing transmission of TB but hasn’t come forward with adequate solutions.

The DCS, which supposedly co-chairs the NTT and holds the key to an urgent public health issue, washes its hands of the task by blaming old infrastructure and points the finger at the Department of Public Works.

This opinion piece originally appeared in the NSP Review, released today at the South African TB Conference.  A special edition of the NSP Review, focusing on TB in Prisons will be published in the next two months.