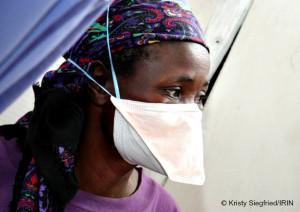 R500 million from the Global Fund will be used to decentralize, nurse-initiated treatment, increase TB screening in South Africa’s 242 correctional facilities and strengthen TB control in the mines

The South African government is not doing enough to find and cure drug-resistant TB, this is according to a civil society memorandum delivered to the chair of the South African TB Conference Prof Bavesh Kana at the Durban meeting yesterday.

Drafted by the international humanitarian organisation Medicines Sans Frontières (MSF) as well as public interest group Section27 and AIDS lobby the Treatment Action Campaign (TAC), the memorandum called for the conference’s delegates to vote for a series of demands.

The memorandum demanded that adequate funding be devoted to and ring-fenced for the DR-TB response, the adoption of a “war room” approach to DR-TB and regularly reporting by the Department of Health to the South African National AIDS Council on DR-TB progress.

Kana accepted the memorandum and cast his vote in favour of the proposals and said it was unlikely anyone at the conference would disagree with the groups’ requests. He added that the World Health Organisation had already declared TB a public health emergency.

“TB is a disease of humanity, something that we have been battling with for hundreds of years,” Kana said.

While he said that the world had successfully introduced combination treatment and managed to inoculate most infants against the bacteria, it continued to fail to understand patients’ needs.

“The one thing we’ve failed to do is understand patients – their psychology, health-seeking behaviour and their perception of the public health service,” he told Health-e News.

According to Section27 legal researcher John Stephens, not enough progress has been made on past demands and the DR-TB response remains underfunded.

“We asking for the resources that are needed, for people to be inspired… and for this to be treated like a public health emergency,” Stephens told Health-e News. “The only impediment to our success is political will and vision and those are things that can be influenced by this conference.”

“That’s why it’s so important to have TAC, MSF and activists here because those affected by the disease must drive the response to the disease,” he added.

Nationally, about 60 percent of TB patients are co-infected with HIV.

Just hours earlier, the Department of Health released a statement highlighting the introduction of new drugs to treat multidrug-resistant TB (MDR-TB)  and continued moves to decentralise MDR-TB treatment. The department also added that it had improved the availability of first and, for those for whom first line treatment had not worked, second-line TB treatment in all facilities.

While the department admitted shortcomings in the treatment of high TB risk populations such as miners and inmates, it noted that international health financing mechanism The Global Fund to Fight AIDS, TB and Malaria had awarded the country R500 million.

Awarded as part of the country’s latest grant, the R500 million will be used to ensure that decentralised care spearheaded by nurses – not doctors – is available in all 53 health districts nationwide. The money will also be used to increase TB screening in the country’s 242 correctional facilities and strengthen TB control in the mining sector. – Health-e News Service.

An edited version of this article was first published in the 11 June edition of The Mercury.