Awards recognise leaders among men who have sex with men

Mpumalanga’s Gert Sibande District recently recognised 24 leaders from the local community of men who have sex with men (MSM) for making a difference in their communities and fighting homophobia.

A year ago, the Anova Health Institute launched the HIV prevention Boithato project in conjunction with partners like the Department of Health and national associations of people living with HIV. As part of the project, MSM are provided with condoms – and water-based lubricant – and MSM-friendly HIV testing spaces.

Recently, Anova and partners held an awards ceremony at Ermelo’s Oak Shopping Centre to recognise outstanding leaders from the local MSM community. Mr and Miss Gay Gert Sibande and Executive mayor Cllr Sipho Bongwe of Msukaligwa Municipality were among those who attended.

“The project and all the MSM continues to impress me with their hard work in the community,” Bongwe told OurHealth. “We will continue supporting their project and work… because this is not only their struggle but ours as well.”

“Our doors are always open,” he added. “We have to make sure that communities respect them.”

[quote float=”right”]“It wasn’t easy to accept my son’s sexuality for some family members. It had to come to me telling them that if they loved me, then they had to accept him the way he is because we are a package.”

“For some time now, some of the MSM amongst you have been complaining that while you are trying to access health care services in our health facilities you are being mistreated and discriminated against,” said Department of Health representative Dr Simon Nkosi. “Today, it is our great pleasure to tell you that MN Cindi Clinic is an ‘MSM-friendly clinic.’”

“Our health care professionals have been trained by Anova Health on how to handle, deal (with) and treat MSM who are in need of health care services,” he added.

Bigboy Smith recently came out to his mother after years of hiding the fact that he was gay. He says her acceptance has made a world of difference.

“I used to care when people were discriminating again me because of my sexuality,” he told OurHealth. “My mother accepted me and said to me…‘stop stressing yourself if people don’t accept because I have accepted you the way you are and no one or anything can change that.’”

“That moment I stopped caring and refuse to care what people are thinking of me or saying about me,” Bigboy said. “Even my friends come to my mother for counselling and support.”

Bigboy’s mother, Dumazile Smith, said they two have grown closer through the experience.

“Accepting and understanding my son as an MSM has brought us together,” she said. “Although it wasn’t easy, I am grateful I did.”

“It wasn’t easy to accept my son’s sexuality for some family members,” she added. “It had to come to me telling them that if they loved me, then they had to accept him the way he is because we are a package.”

“My advice to other mothers is please accept your son or sons irrespective of their sexual preference,” If you don’t support and understand your son…who do you think will?’

Women who are attracted to women are more at risk of obesity while gay men tend to be underweight, according to breaking research from the United Kingdom (UK) suggesting experiencing stigma is to blame. 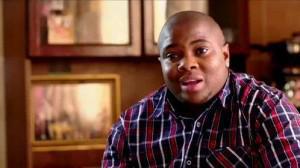 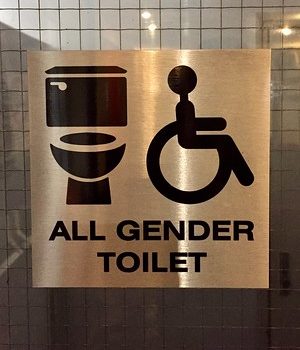