Home » As if it never happened

In this week’s Rural Reflections, our blogger-doctor may be face-to-face with a drug mule as she reflects how reality and relations can change in an instant.

As if it never happened 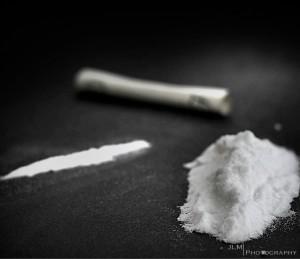 I tell the police to give us a few minutes alone and close the curtains behind me. I take a seat at the foot of the bed.

“Do you understand that if it breaks, there won’t be anything I can do to save you,” I ask the man in front of me in a soft but firm voice.

He doesn’t respond. He looks at me but not with the blank stare that I often get from patients that can’t understand me. No, this man looks at me contemplatively, as if he’s sizing me up, trying to figure me out.

I can’t take the silence, so I rephrase my statement: “If it breaks, you will die.”

I remember a surgical morbidity and mortality meeting years ago in which a case was presented about a young, fit man who had been brought into casualty and who suddenly went into cardiac arrest. Resuscitation failed and it was only at post-mortem that they found a burst packet of cocaine in his large bowel.

But this is different. This man is still alive and there is a window of opportunity.

I wait for his response but am greeted with another long silence. I know he understands but it’s as if he’s weighing something up in his mind.

Eventually he lifts his head, looks me straight in the eyes and his whisper cuts the air:

I realise then that the thought of going to prison is more terrifying than death itself, and that thought moves me immensely.

Momentarily, I am struck by an overwhelming urge to tell the two police officers that x-rays showed no signs that this man was trafficking packaged drugs. There’s no way they would notice the subtle outline of a foreign body resting high up in the rectum. At first glance, it looks just like another loop of bowel. Honestly, I can’t even be sure that what I saw was an ‘egg’ of cocaine.

I could tell them that I examined him and found nothing. He could walk free. Go back to his wife and his children in Maputo and never come back.

But then again, if I do that, there’s a chance he might not make it home. At any moment the package could burst, and the farther he is from medical attention, the slimmer his chances of survival are.

I can’t look at him so I turn and walk out. I tell the police to watch him.

I tell the night nurse that I’m taking a 15-minute break.

Not in the syllabus

[quote float=”right”]”They didn’t teach me this in medical school. There was never a seminar on “what to do when your heart says one thing and your head says another”

It’s crisp outside and the stroll back to the doctors’ quarters is replenishing. It’s almost midnight and I’m going to have to go back and talk to the police at some point, but right now I’m too angry to talk to them.

I pity this man – his past, his present and his doomed future. This pity fills me with rage.

So many people have suffered at the hands of crime in this country. Our rainbow nation has been shattered with bullet holes and stab wounds. This year, my family was also been severely affected by violent crime this year and I’m well aware that the drug trade plays a big role in crime.

It makes me so angry that I feel for this man, and for his wife and his children.

I picture him, staring right through me and begging me to save him. What makes it hard is that his plea matches my job description. I’m here to save lives…. but I refuse to decide his fate. I’m not a judge and I’m certainly not a god.

What makes me even angrier is that I have to make these decisions alone and I feel utterly unprepared to do so. I’m tempted to call my mom and ask her what to do.

I don’t feel old enough, wise enough or brave enough to make this decision alone. They didn’t teach me this in medical school. There was never a seminar on “what to do when your heart says one thing and your head says another.”

Why couldn’t I have studied History of Art or English Literature?

As if it never happened…

[quote float=”right”]”The evidence – if there ever even was any – was gone. As if it had never happened…”

Walking back towards casualty, I am still uncertain about my next move. I remember a rumour I used to hear as an intern at Chris Hani Baragwanath Hospital about a trauma consultant. Rumour had it that he’d been involved in an attempted hijacking. The criminals had been armed but so had he.

To defend himself, he shot one of the criminals in the chest, donned latex gloves and loaded the body into his car before driving stratight to the hospital. The consultant put him on the operating table and sewed up the hole in his heart. The criminal left the hospital with little more than a scar, as if it never happened.

I know it sounds far-fetched, but if you met him you would probably believe it too. I never found out if it was true, or just another tale that was told to turn these men into gods in the eyes of their interns.

Fact or fiction, this story illustrates exactly how I feel wondering about how in an instant someone can change from an enemy, a drug lord, a rapist or a murder and into a helpess patient in need of your help.

Where does that leave me?

In the end, I decide not to decide. I tell the police that I can’t be certain whether he is harbouring packaged drugs or not. We can, however admit him for observation and that they are welcome to look for their “evidence” in his excrement.

I’m told that he stayed in the ward for three days, writhing in bed, and refusing to eat or pass stool. By hook or by crook, on the fourth day, the police had a shift change and failed to communicate properly to one another.

The new watchmen allowed him to go the bathroom unaccompanied, and that was that.

The evidence – if there ever even was any – was gone. As if it had never happened.