Between black and white: Growing up with albinism

Like many teenage girls, Nombulelo Mlombo says she never felt pretty. Worse, she faced incessant teasing due to her albinism and her search for acceptance had grave consequences, she says.

For Mlombo, finding and owning her beauty took a lot more than and uphill rise to fame. From rural Mpumalanga, Mlombo says she never felt discriminated against because of her albinism – outside of her family. It was her brothers and sisters that tormented her with names.

“The fact that I never shown love and told that I was beautiful (made me) begin to look for that special attention somewhere I shouldn’t have,” she told OurHealth. “After years of suffering and struggling to accept my albinism, I lost hope and started drinking alcohol to suppress my pain.”

“Alcohol became my best friend, and I started having sex without protection,” said Mlombo, who added that she soon had her life’s greatest gift but at a cost.

“At age 15, I became a mother and that’s when I saw the beauty in me,” said Mlombo who also found out she was HIV positive. She has since given up drinking and has been on antiretrovirals for three years.

Father inspires daughter to dream[quote float=”right”]“I’ve been told that people with albinism are stupid. I had no choice but to prove them wrong…”

According to The Albinism Society of South Africa, about one in every 4,000 South Africans suffers from albinism, which is a genetic disorder that runs in families. Even parents who do not have the condition can carry the genes for it and may pass it along to their children.

People with albinism have little or no pigment in their eyes, skin, or hair because their bodies do not produce a substance called melanin. Melanin also helps protect skin from the sun, which means that people with albinism can be at a higher risk for skin cancer and need to take precautions like wearing sunscreen or covering up when spending long periods in the sun.

Stigma persists around the condition, which some may perceive as a curse.

This may be especially true in rural areas but for Pretty Mazibuko, she says she found acceptance with the help of her father.

“If it wasn’t for my father I don’t know what I would have done,” she told OurHealth. “He was the one who always advised me to dream and never allow other people’s judgments to get me down.”

“I’ve been told that people with albinism are stupid,” Mazibuko added. “I had no choice but to prove them wrong by working hard.”

“My advice to people with albinism is to not let the people who provoke you define you because you are beautiful,” she said. “Don’t judge yourself because if you do people will judge you back.” – Health-e News Service.

When Rapson Mbilu Rambuwani was born with albinism, community members urged his parents to kill him. Today, he’s become a champion for people with the condition.

The murder of a 13-year-old albino girl and the theft of body parts from a 28-year-old albino man hours after he was buried has Mpumalanga residents angry and fearing for the lives of other albino people.

People living with albinism have sensitive skins and therefore need high factor sunblock to protect themselves when outside. 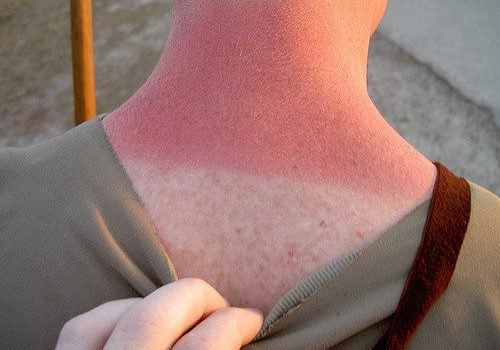