Home » Fikile Mtsweni: “It talks a lot, this t-shirt, to the community” 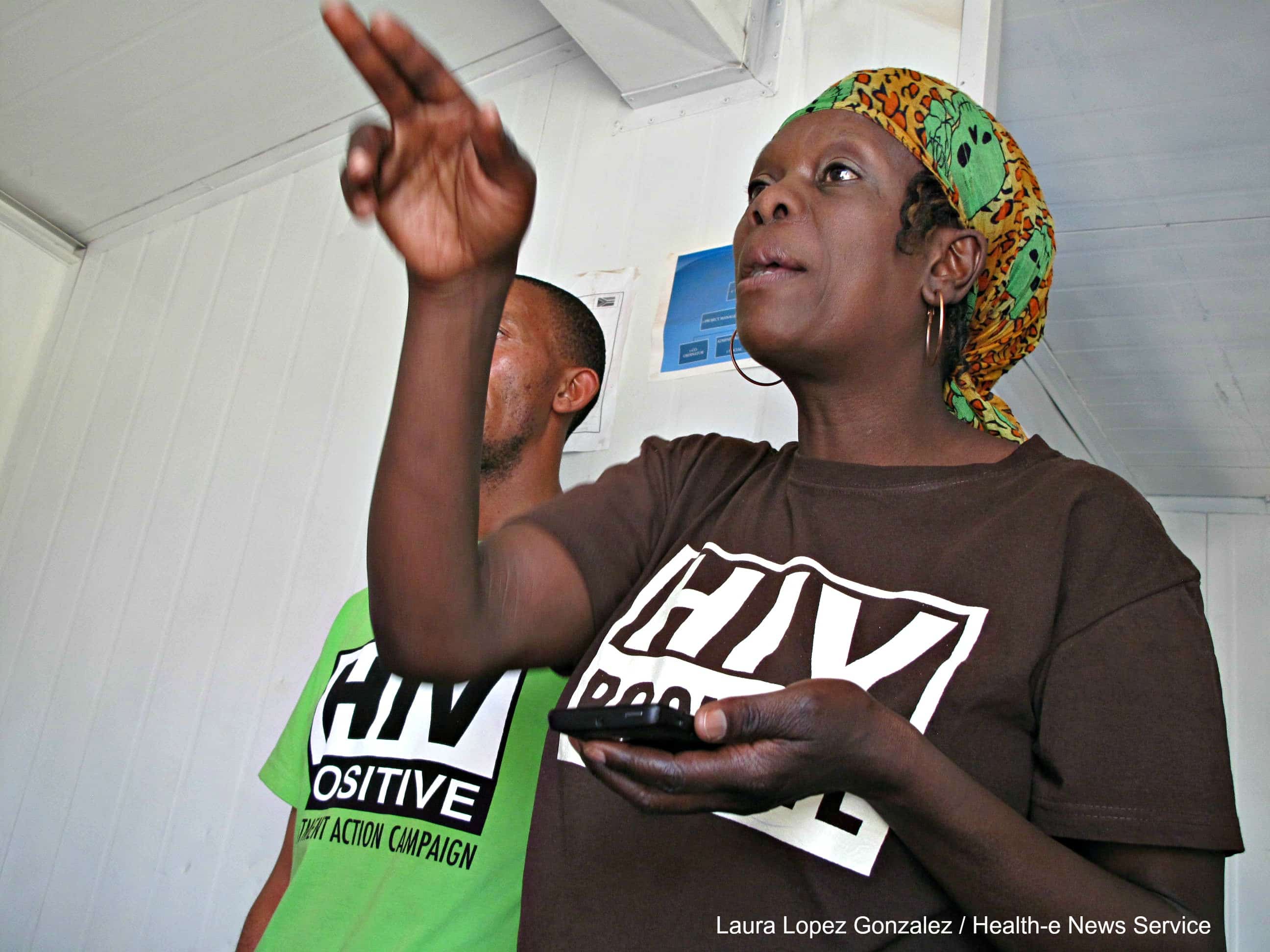 Friendships are rarely a matter of life and death but for Khosi Dlamini, her best friend may have saved her life. 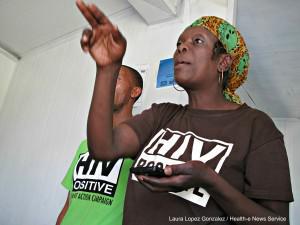 Dlamini knew there was something special about Fikile Mtsweni from the first time she met her at a Treatment Action Campaign (TAC) meeting. It was 2010 and Dlamini had just been diagnosed with HIV.

“The first thing that came to my mind was, ‘Wow, I am dying’,” says Dlamini. A friend referred her to TAC and she attended her first branch meeting.

“That’s when I met Fikile,” she adds. “I guess she and a friend of hers could sense there was something that was bothering me, so they asked me to be open and I started talking to them.”

Dlamini became a regular at the monthly meetings of her local TAC branch. When she fell sick later that year, she turned to Mtsweni after being sent away from the local clinic without help.

“Because of her knowledge about the medication, she suddenly thought that I had lactic acidosis,” Dlamini told Health-e News.

“Fikile pressurised the doctor, who examined me again and saw that I must be admitted. She saved my life. Now my viral load is undetectable and it’s because of her – that’s why I say she is my best friend.”

Lactic acid is produced as the body converts food into energy. Some ARVs can increase a person’s risk of building up dangerously high levels of lactic acid in their blood, resulting in lactic acidosis.

The “eyes and ears of the community”

Today, Dlamini works as a TAC volunteer in Johannesburg’s East Rand, where her best friend is a community mobiliser and a local celebrity.

“My family says that going anywhere with me is a problem,” Mtsweni tells Health-e News. “They say, ‘you have to stop and talk to everyone.’”[quote float=”right”]”TAC is the eyes and ears of the community, and that is why you find us intervening on service delivery issues, at the police station and why you’ll find us in court”

Talking is a big part of Mtsweni’s life, which also includes giving health talks on issues like cervical cancer and diabetes at local clinics, organising protests at the hearing of alleged rapists and holding regular community meetings to help community members understand how to advocate for their rights at health facilities.

This week, 60 community members crammed into a converted shipping container to talk with Mtshweni about poor health service delivery and issues like family planning. Her audience was a reflection of TAC’s history and how, as the HIV epidemic changed, so has the iconic HIV activist organisation.

TAC members came clad in the group’s trademark “HIV positive” t-shirts – some years old. As the epidemic changed, so did the shirt, reflecting calls for treatment to better patent laws and cheaper drugs. TAC members were joined by local youth looking for answers on contraception, lesbians who wanted to know how to change health workers’ discriminatory attitudes and mothers of rape survivors who turned to Mtshweni for help after daughters were allegedly assaulted by a local man.

“When people are denied services, that is where TAC steps in,” she says. “TAC is the eyes and ears of the community, and that is why you find us intervening on service delivery issues, at the police station and why you’ll find us in court.”

“It talks a lot, this t-shirt, to the community,” she adds. “It says that you are an activist and that you are there to help them.” – Health-e News Service.

An edited version of this story was first published in the 5 October edition of the City Press newspaper.