Home » The ordinary heroes of the Treatment Action Campaign

In late September, Health-e News broke news of the financial crisis facing AIDS lobby the Treatment Action Campaign (TAC). We look at two TAC activists that embody what South Africa could lose if the TAC closes its doors.

The ordinary heroes of the Treatment Action Campaign 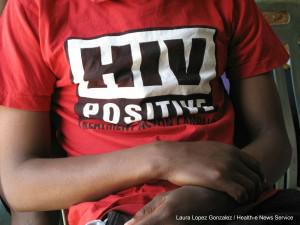 Now, the organisation – once dubbed a global “beacon of HIV activism” by Former United Nations Special Envoy on AIDS in Africa Stephen Lewis – has less than one-third of its 2015 operating budget.

Health-e News looks at what the country could lose if the TAC goes by profiling two of the organization’s activists.

Lumkhile Sizila: “If someone has been attacked at 3am and needs help, he will be there” 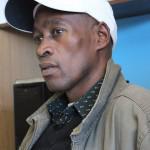 TAC’s Khayelitsha office throngs with people who have been ill-treated by the health establishment and have no one else to fight for them. Before Lumkhile Sizila met the TAC, he was sickly and afraid. Twenty years ago, while the rest of South Africa was enjoying its first taste of democracy, 20-year-old Sizila first tested HIV positive.

Fikile Mtsweni: “It talks a lot, this t-shirt, to the community”

Friendships are rarely a matter of life and death but for Khosi Dlamini, her best friend may have saved her life. Dlamini knew there was something special about Fikile Mtsweni from the first time she met her at a Treatment Action Campaign meeting.

Edited versions of these profiles were first published in the 12 October edition of the City Press.