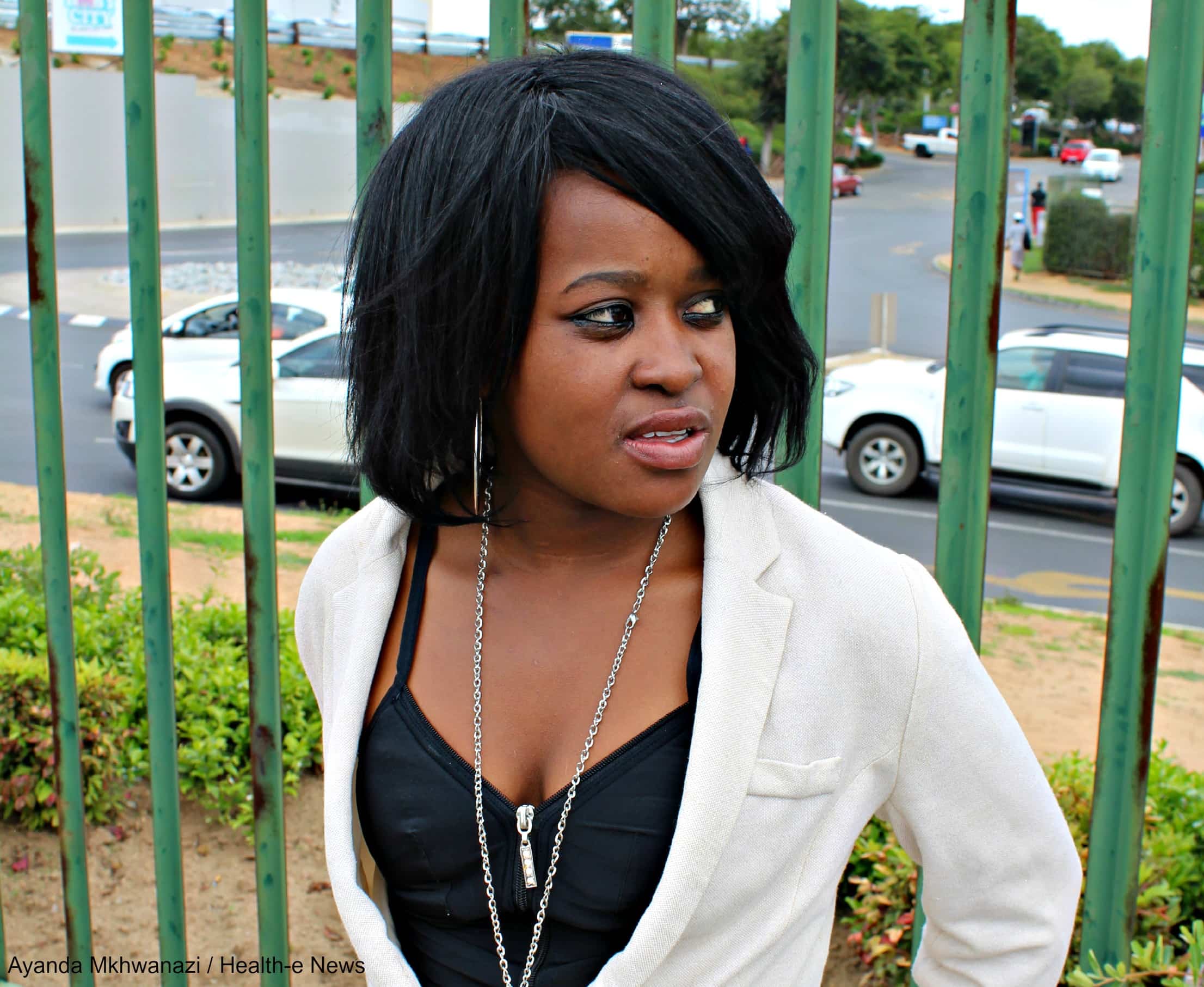 Koketso Mokhetoa was born with HIV but only found out after her grandmother told her when she was 13 years old. She struggled to understand and accept her diagnosis for years.

By the time Koketso Mokhetoa was 10 years old, she had lost both her parents and was living with her grandmother. Mokhetoa also had no idea that she had been born with HIV.

She did know that she would have to take pills every day for the rest of her life. As she grew into a teenager, she began to ask her grandmother about the pills. Her grandmother shied away from answering, but began ferrying a flood of pamphlets home from the local clinic – and they all spoke of HIV.

It was her grandmother’s way of preparing 13-year-old Mokhetoa for the news that she was HIV positive.

“She used to bring home brochures from the clinic with information and read them to me hoping I would one day understand,” Mokhetoa said.“My grandmother has always been very protective of me.”

Although many people living with HIV struggle with stigma associated with HIV, Mokhetoa said she was too young to understand it – at least initially.

“I was not aware of the seriousness of HIV,” she said.

“As I grew older, I started hating myself”, she said.

UNAIDS estimates that about 360000 children below the age of 15 years are living with HIV in South Africa. As these children grow, psychiatrists say feelings of self-pity are common in HIV-positive adolescents who must deal with accepting and disclosing their HIV status – and growing up.

“All these changes are happening in their life, their hormones are taking over, their physical side is changing – it can get too much,” said Dr Fatima Laher, director of the Perinatal HIV Research Unit at Chris Hani Baragwanath Academic Hospital in Soweto. Laher often works with HIV-positive teens as part of the unit’s research. “Young people are angry about their HIV status and it’s a huge adjustment”.

Psychiatrist Dr Greg Jonsson from the hospital’s Luthando Neuropsychiatric HIV Clinic adds that dealing with a chronic illness from a young age can also make some teens pessimistic about the future.

After Mokhetoa was raped at the age of 18 years old, she began binge drinking and skipping her daily antiretrovirals.

Until she met her boyfriend Tyron Melou, Mokhetoa said she was suicidal and had lost all hope. But then she fell deeply in love with him, but was afraid to disclose her HIV status.

“I knew at some point that I have to tell him, but I couldn’t,” she told Health-e News. “I was afraid I might lose him and that he would stop loving me.”

Unaware that Mokhetoa was living with HIV, Tyron often made disparaging remarks about HIV-positive people. Mokhetoa’s disclosure ultimately came more out of anger than anything, she said.

“He would say things and I would get upset,” she remembered. “One day, I just snapped and said, ‘actually I am HIV positive’ and he didn’t believe me.”

Mokhetoa and Tyron, who is HIV negative, have now been together for more than six years.

“I am so lucky to have him,” she gushed. “I can’t believe someone could love me so much”.[quote float=”right”]“ What is important to me now is how do I ensure that my daughter remains HIV negative”

After going for counselling about how to conceive safely, the couple have a healthy three-year-old girl who is HIV negative, something that Mokhetoa intends to keep that way.

She is already preparing her daughter for the day when Mokhetoa will tell her that mommy is HIV positive by bringing home pamphlets from the clinic, just like her grandmother did.

“What is important to me now is how do I ensure that my daughter remains HIV negative,” she said. “Believe me, nobody wants to take pills for the rest of their life. I don’t wish that on anyone” – Health-e News.

Edited versions of this story were first published in the 2 December edition of The Star and Cape Times newspapers.