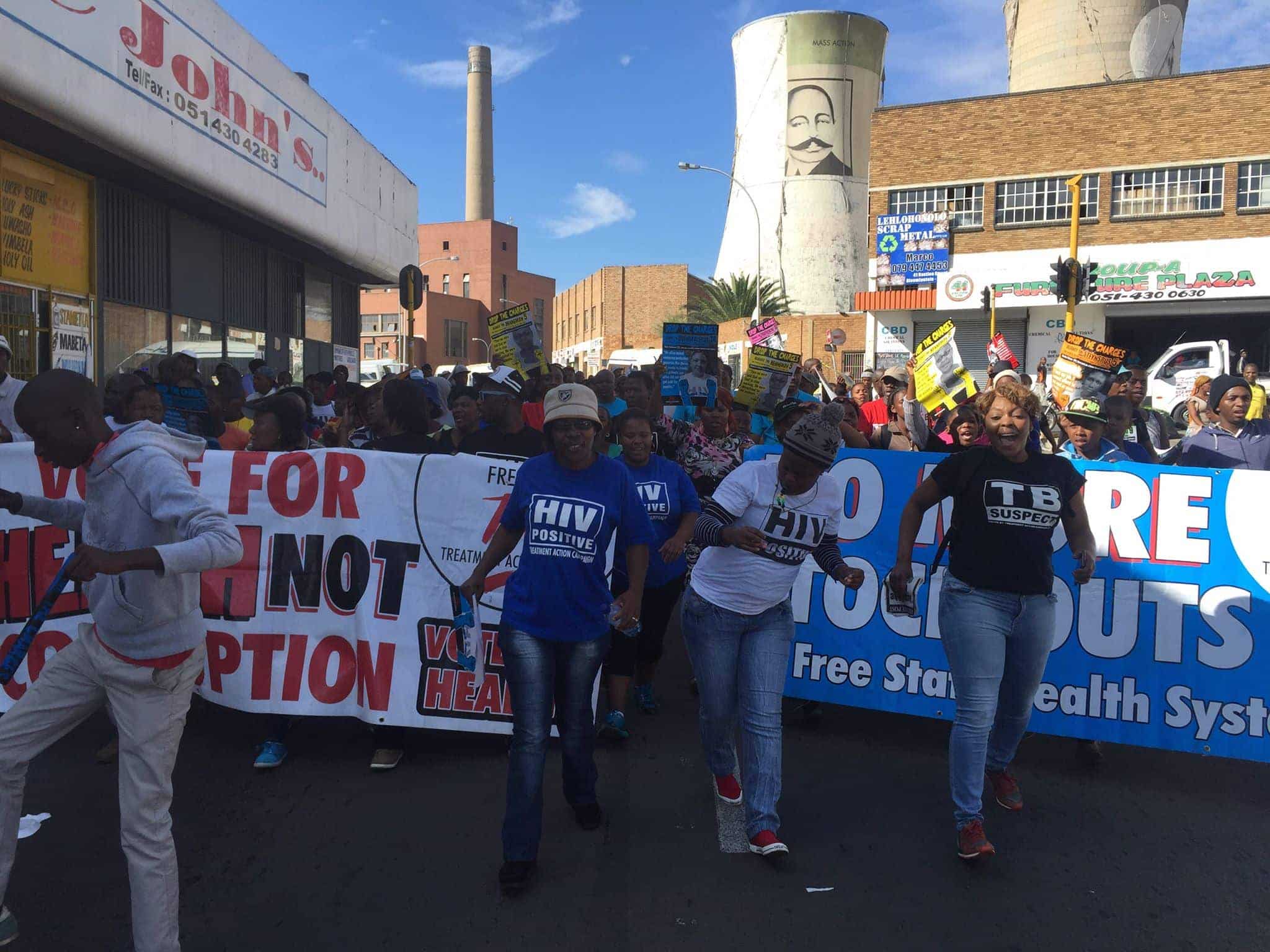 Bloemfontein recently came to a standstill as community health workers (CHW) and the Treatment Action Campaign (TAC) marched to the magistrate’s court in support of 118 health workers arrested in July last year. 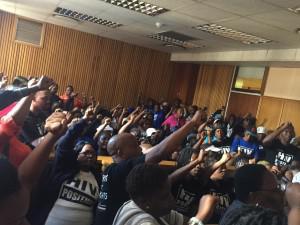 The CHWs were due to appear in court after being charged for taking part in an illegal gathering. This followed a protest last July against the provincial government’s decision to terminate the services of CHW who do not have matric.

CHW Sellina Matjeke, 50, from Phase 2, Bloemfontein says that it has been very difficult for her and her family as she has been out of work since June.

“The R1 400 [CHW] stipend was my only source of income, and although the money was little, I could atleast buy groceries,” Matjeke told Health-e News.

Another CHW, Anna Pitso, says she does not understand why they were arrested. “All we were doing is voicing our concerns and waiting for the MEC of Health, Benny Malakoane, to come and explain to us why our jobs were put on hold,” said Pitso.

Pitso has no matric and has been a CHW for more than eight years.

“There was never a mention of having a Grade 12 in the many years I have worked. How are we suppose to start afresh and get her matric to be able to be hired back at my old age?” Pitso asked.[quote float= left]“All the community health care workers were doing was exercising their constitutional rights to demonstrate”

TAC general secretary Anele Yawa said yestrday that he hoped that the charges would be dropped.

“All the community health care workers were doing was exercising their constitutional rights to demonstrate, and that there has been a lot of political interference by those in the helm of the government,” said Yawa.

The proceedings were delayed by four hours after the prosecutor had failed to inform the magistrate of the date of the trial.

However, the court was so full that magistrate postponed the trial to 6 July, saying that “this is not a humane or dignified manner to conduct a trial. I see people struggling to breathe and fanning themselves”.

Advocate Rudolph Mastenbroek, representing the health care workers, told the court that there was no reason for the case to continue.

“The prosecution was living 25 years in the past. In the new South Africa there is no illegal gathering. We parted ways with that, it is where apartheid end and democracy begin,” said Mastenbroek.

Mark Heywood of Section27 was displeased that the trial was delayed because of the negligence of the prosecuting authority.

He said that the decision to employ CHWs with matric was prejudicial as the provincial goverenment was trying to get rid of the older and less literate CHW, despite the fact that they had many years of experience.

“Mobilisation on the right to health should continue until the Free State government realises that it is embarrassing to continue with this court case. “ added Heywood. – Health-e News.