1st April 2015 | Elna Schütz
Tisile at the moment her implants were switched on and she could hear her mother speak again. Photo supplied.

In August 2013, Tisile beat extensively drug-resistant TB but not before she had been incorrectly diagnosed with MDR-TB. Due to side effects, MDR-TB treatment robbed Tisile of her hearing.

In late 2014, Tisile and others launched an online fundraising campaign to raise money for cochlear implants, which would allow her to hear again.

After an outpouring of local and international support, Tisile underwent surgery to have the implants inserted on 20 January. A month later, she and an audiologist at Tygerberg Hospital’s Cochlear Implant Unit activated the implants.

Tisile writes about what happened next.

My cochlear implant switch on was on 20 of March – it was a very emotional day.

(During my appointment,) my audiologist was telling me exactly what she was doing. First, there were small soft sounds, which I heard clearly.[quote float= left]“It was an emotional moment for all those gathered together to support her when she turned to her mother, and heard her speak again for the first time”

Then it was time for the big moment: Hearing my mom speak for the first time in five years. Her voice was clear – it brought tears of joy to my eyes.

As soon as I posted that I was hearing again on Facebook, people ran to their phones and tried to make a call. People expect me to be perfect now. I will be, but it will take time… to get used to everything – it’s a process.

At this moment, we are working on hearing people speak and hearing different sounds like a ‘clap’, ‘door banging’, ‘water running’ etc. Even with music, (the sound) it is not clear. The cochlear implants will need to be programmed for such things. There’s a lot that I need to learn but taking it one day at a time.

Conversations with people are great. They do not need to write down what they are saying (anymore). I still have a problem with people with deep voices, but it gets better every day.

As they say, “cochlear implants are not a miracle, but they makes miracles happen.” I totally agree.

It was an exciting day for her, and all those who have been involved in her journey towards hearing again. Understandably nervous at the start of the session, Phumeza responded well during the programming, which was done via a computer. When her audiologist finally switched on the processors which are worn behind her ears, her face mirrored her disbelief and excitement as she started to hear sound again.

Laughing at the “cartoon-like” sound of her audiologist’s voice, she was nevertheless able to start following some familiar simple speech without the use of the writing pad, which has been her constant communication aid for the past few years. It was an emotional moment for all those gathered together to support her when she turned to her mother, and heard her speak again for the first time in four and a half years.

Tears of happiness flowed freely. Phumeza could start to hear the voices of her friends, describing some as “robotic”, some “cartoon-like” and some “more normal”. She could follow some speech, provided it was said slowly and clearly while she could also see the speaker. She also heard a number of sounds in the room around her, though was not always sure what they were, as they sounded different from what they had before. It was a great start to listening with her cochlear implants!

Phumeza will now undergo regular appointments for the next few weeks to program and fine tune her devices, as well as take part in listening training activities designed to help her adjust to the new kind of sound she has started hearing.

This is an edited version of a blog first posted on Medicines Sans Frontières’ TB & Me blog.

As post-municipal election politicking continues and the weather warms up, the Jabulani hostel community is Soweto is growing increasingly anxious about appaling health conditions in their area.

After discovering she had stage four breast cancer at 31, a survivor is using her experience to educate rural communities like the one she grew up in. 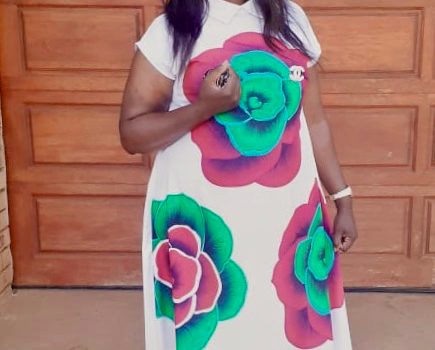