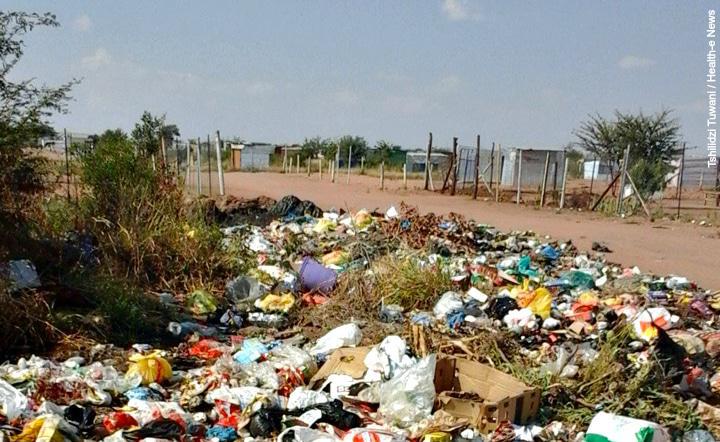 Residents of Marikana informal settlement outside Pretoria say they have languished for years without water, electricity or rubbish removal services. As a court case continues that may lead to residents’ removal, there may be a way for the community to stay. 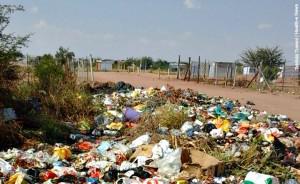 Community leader Mahlatse Tlabela says residents first moved onto the land near Tswaing Crater in Tshwane’s Ward 13 about four years ago. He adds the settlement has never had water, electricity or rubbish removal services.

Community leader Mahlatse Tlabela says residents first moved onto the land near Tswaing Crater in Tshwane’s Ward 13 about four years ago. He adds the settlement has never had water, electricity or rubbish removal services.

The settlement’s dusty byways are littered with stinking rubbish heaps – a revolting mix of everything from rotten food to plastics to dead animals. Rats and cockroaches can be seen crawling everywhere.

Getrude Makaringe lives in the settlement with her two-year old child. She says she worries that the settlement’s poor state will eventually make her child sick.

Tlabela says that the community has held multiple meetings with Ward Counsellor Khala Phahlane but that service delivery has not improved. This is despite the roll out of the Expanded Public Works Programme’s multi-million cleaning project Operation “Vat Alles” in neighbouring areas, resident Gusty Ratsoma tells OurHealth.

“We just notice Expanded Public Works Programme operation ‘Vat Alles’ people in our nearby area of New Eersterust cleaning rubbish on the streets, but nothing happens in our area,” he said.

“I am sure that we are going to afford them a budget for water, sanitation, electricity as well as rubbish removals in our next financial year,” says Phahlane, adding that the municipality will soon dispatch water trucks to the area.