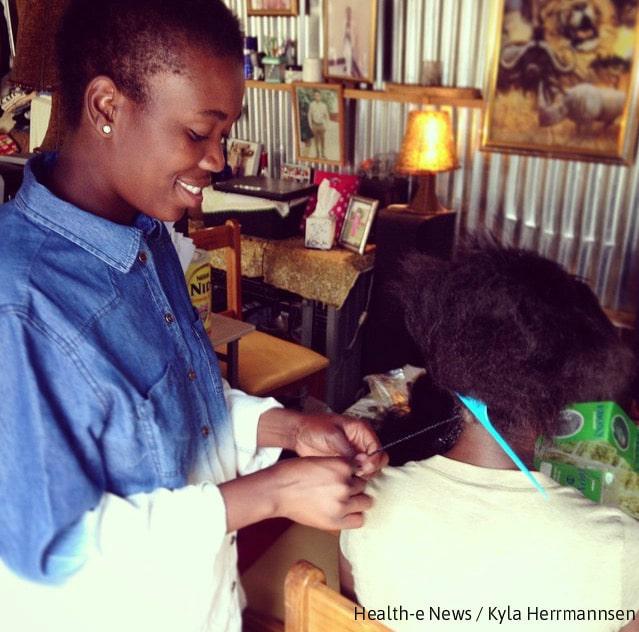 To commemorate Youth Month in June, Health-e News is broadcasting a five-part adolescent health series on Morning Live (SABC 2). This insert – the third in the series – follows Aphiwe Thamela, an HIV-positive youth who is both raising a daughter and making a difference in her community.

Aphiwe Thamela discovered she was HIV positive when she was three months pregnant with her daughter, Siphokazi. Without prevention of mother-to-child HIV transmission services, HIV-positive mums have up to a 30 percent chance of transmitting the virus to their babies.

Despite facing some negative community stigma towards HIV, Thamela is determined to demonstrate that she can life a full and happy life with HIV. She volunteers at her local park, picking up litter and making it a safer place for the children in the neighbourhood. She uses this opportunity to talk to community members about her status.

“If I open up about my status I give other people confidence to open up about themselves especially if it was a secret. It gives them courage,” explained Thamela.