19th June 2015 | Sithembiso Memela
Because women often test for HIV sooner than men in, they may know and disclose their HIV statuses before their male partners. Studies have shown this can put women at risk of verbal and physical violence as they are unfairly blamed for allegedly bringing HIV into a relationship. (File photo)

Some students go to university to get an education, but leave with not only a degree but also HIV or a sexually transmitted infection (STI), according to University of KwaZulu Natal’s HIV/AIDS Programme co-ordinator Nomonde Magantolo.

Magantolo was speaking at a recent university candlelight service in memory of those who had lost their lives to AIDS-related illnesses. Speakers included Prince Nhlanganiso Zulu, son of King Goodwill Zwelinthini, and leaders from a range of religious denominations and the Treatment Action Campaign (TAC).

The message of the day was to promote zero new infections and zero AIDS-related deaths.

Magantolo urged students to abstain from sexual intercourse but, she said, if they were sexually active already, to use protection.

“My message is very clear on abstinence: Delay sex until you are physically and psychologically ready (but) at the very least, use protection if you are already sexually active,” she told OurHealth. “It is very sad that most students come here to get an education but, instead, some not only get an education but also get infected with HIV and STIs.”

The king’s son Prince Nhlanganiso Zulu is a health ambassador with the KwaZulu-Natal Department of Health and encouraged students to get tested for HIV.

“You can protect your loved ones by getting tested early, by using dual protection and also, if infected already, by adhering to your treatment,” he said. “I don’t care if it is TB (tuberculosis) or HIV treatment, but good adherence should be practiced at all times.”

TAC KwaZulu-Natal Provincial Co-ordinator Mzamo Zondi lit the main candle in memory of those “fallen heroes who made it easier for us to have access to treatment. Here I talk about (AIDS activists) Gugu Dlamini, Xolani Khumalo just to mention the few”.

On World Diabetes Day, South Africans do not have much to celebrate. For Melanie Pandoor, a recent diabetic amputee, this rings true.

Work is underway to not only teach the school children of Gauteng the basics of balanced and healthy eating, but to also train them to share the information with others.

There are just over three weeks to go until the inaugural eHealthALIVE2016 event takes place at the Sandton Convention Centre in Johannesburg from 6 to 7 September 2016. 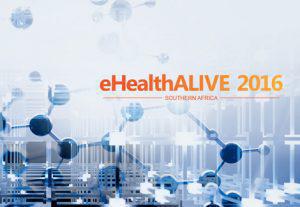