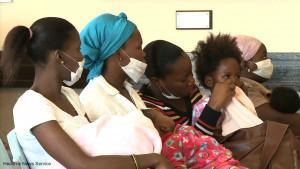 TB killed about 14 percent of all young people aged 15 to 34 years who died in 2013, according to the new Stats SA report.

TB killed about 14 percent of all young people aged 15 to 34 years who died in 2013, according to the new Stats SA report. Released in Cape Town, the report draws from data gathered from a 2013 Stats SA household survey as well as death certificates.

Almost a quarter of all youth deaths occurred in KwaZulu-Natal, which topped the country’s list of deadliest places to be a young person with Gauteng and Eastern Cape close behind.

It is particularly risky to be a young male, noted Statistician-General Pali Lehohla – a reversal of trends seen during the HIV epidemic’s peak between 2002 and 2010.

“We are seeing a normalisation of death amongst the youth with more men dying than women,” said Lehohla, adding that about 37 percent of youth were unemployed. This figure skyrockets to more than 60 percent in provinces like the Free State, Mpumalanga and even Gauteng. “The combination of high unemployment figures and high mortality holds very little promise for the youth.”

Men’s deaths were also more likely to involve violence or injury with about 43 percent of men versus 11 percent of women succumbing to non-natural causes of death.

“Of great concern is the risky lifestyle behaviour among young people,” said Buti Manamela, deputy minister in the presidency for planning monitoring and evaluation, youth development as well as the administration. “A recent survey showed that nearly half of young people under the age of 18 used alcohol and other forms of drugs, leading to unprotected sex, car accidents, violence and other forms of injury.” – Health-e News.