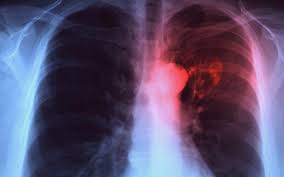 A TB patient was pushed from one clinic to another because his closest clinic, Zola Gateway Clinic next to Bheki Mlangeni Hospital in Soweto, could not offer TB services.

TB is the most common cause of death in South Africa, and it became very frustrating to a patient, when the health facilities keep on sending him from one clinic to other and back to the first one without any help while he is very sick.

Zweli Khumalo, aged 27, from Jabulani Hostel near to Bheki Mlaneni Hospital, was pushed from one place to another despite being sick.

“On the 28 June 2015, I became very sick and visited Mofolo Clinic for X-ray service. I was diagnosed with TB and I was told to come back on the following day for treatment,” said Khumalo.

“The next day, I came back for TB treatment and I was only given one day of treatment but referred to Zola Gateway Clinic to continue with TB treatment. That same day I went to that clinic since it was said to me it should immediately,” he added.

On the 30 June 2015, he went back to Mofolo Clinic but again referred to Zola Clinic.

“By then, I was very weak have no money to take a taxi yet I have walk while being week just to get this TB treatment for me to save my life,” he said.

Nhlanhla Fakude, a member of Mofolo Treatment Action Campaign branch, visited Mofolo clinic to find out why was the patient not given enough treatment: “What I was told was that, since he stays at Jabulani Hostel, Mofolo Clinic referred him to the nearest health facility that must initiate him and be able to monitor him very close and that is the reason why they firstly send him to Zola Gateway Clinic rather than straight to Zola Clinic.”

In response, Steve Mabona from the office of health MEC in Gauteng said: “The Department regrets the unfortunate experience of Mr Khumalo, however. We must state that, the provision of TB services is part of primary healthcare services.

“Zola Gateway Clinic had space challenges hence patients were referred to other Clinics for further management. But a TB Consulting room has since been made available with all the necessary equipment and personnel to manage ensure continuous provision of TB services.” – Health-e News.