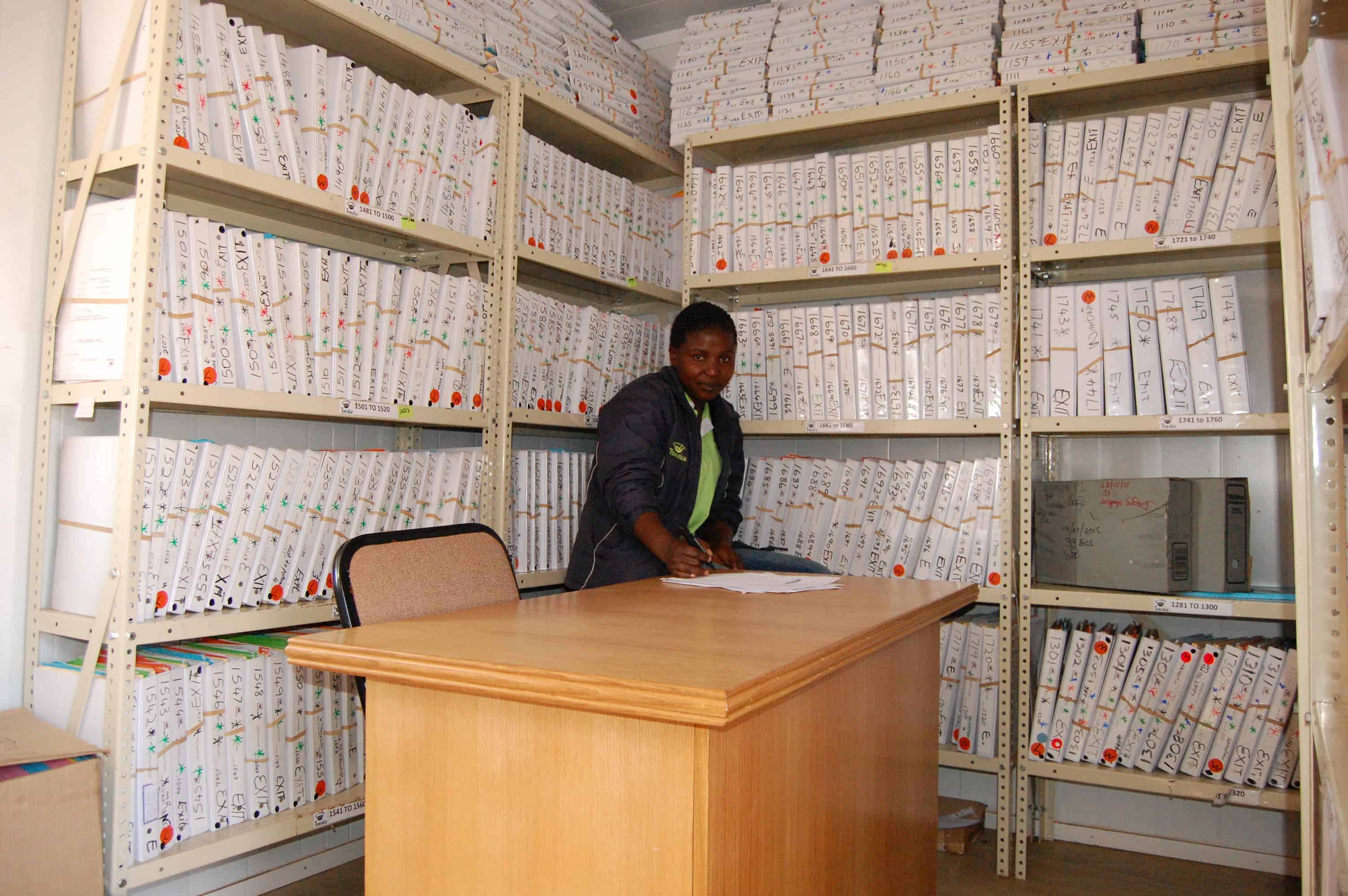 Research student, Idah Rikhotso in the file room at the Tswaka local research centre in Jouberton. Photo by Itumeleng Tau.

Fatty acids have been getting good press as being possibly helpful to adults’ health, but could they help babies? A nutrition study in the North West is seeking to find out whether adding fatty acids and iron supplements to babies’ food could give them a better chance for growth and development. 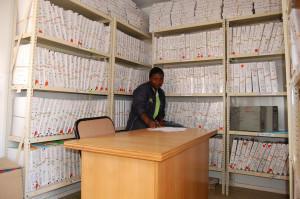 Research student, Idah Rikhotso in the file room at the Tswaka local research centre in Jouberton. Photo by Itumeleng Tau.

More than 700 babies from families in Jouberton Township, North West, may have a better chance for optimal growth and development because of nutritional supplements they have received as part of a nutrition research project in the area.

Researchers from the North West University’s Tswaka nutrition research study have been conducting research on over 750 babies in the area since January 2014.

The aim of the study is to test two types of nutritional supplements containing iron and fatty acids in order to see if these supplements could improve the growth and development of babies.

Head of the research project, Professor Marius Smuts of the North-West University’s Potchefstroom campus, said the research study was supposed to end in July 2015 but “we have extended it until December 2015 because we are doing follow ups”.

The babies and mothers were recruited from local clinics. All babies were six months old at the start of the study, said research student Idah Rikhotso who is studying for a Master’s Degree in Nutrition.

The research was conducted by measuring nutritional status and growth and development of babies after they had eaten the supplement mixed with their usual food every day for six months.

The study was undertaken by two PhD students, four Masters students, fieldworkers recruited from Jouberton and a nurse, Linda Lemmer.  The fieldworkers did home visits across Jouberton. Rikhotso said  “the field workers do most of the work because they go to many houses to check how the babies and the mothers are doing.”

OurHealth accompanied fieldworkers to a home visit in Extension 7 Jouberton. The fieldworkers visited a 14-month-old baby and spoke to the baby’s grandmother who said “the baby is growing well and has not fallen ill. The supplement is working well”.

The third group did not receive any supplements during the six-month study period, but would receive a six-month supply of the fat-based paste when the baby was 12 months old. Each child had an equal chance to be in any of the three groups.

The researchers claimed that the babies were not exposed to any risk.

“The nutritional supplement is safe. The only discomfort babies were exposed to was when blood samples were taken or when the weight and length was taken,” said Professor Smuts.

Rikhotso said the mothers bring their babies to the Jouberton research centre, in two containers on a church’s yard, once every two months.

The study was done in partnership between the North West University Potchefstroom Campus and the Medical Research Council, Cape Town.

Results will be made public once the study is completed.