Home » Cape factory is a boost for malnourished kids 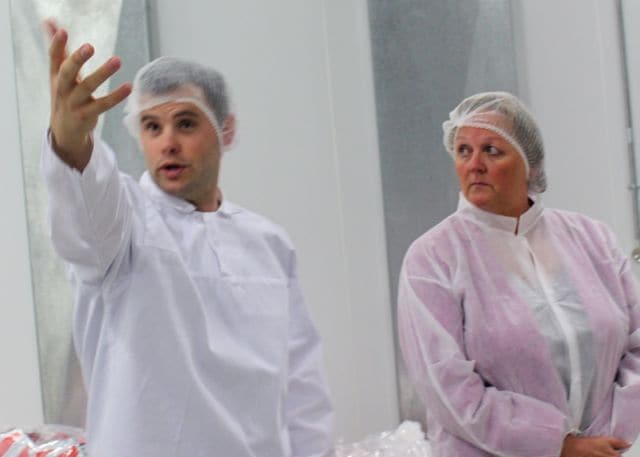 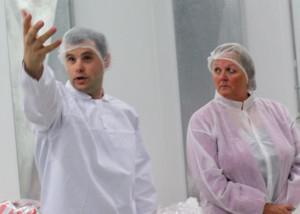 Even the air inside a Cape Town factory that makes special food for severely malnourished children is filtered many times to make sure it is bacteria-free.

The company, GC Rieber Compact, was officially launched in Cape Town yesterday by mayor Patricia de Lille and Norwegian Ambassador Trine Skymoen as a joint venture between this country and Norway.

Compact is the first South African company to be accredited by the United Nations Children’s Fund (Unicef) to make fortified food for malnourished children as young as six months old.

The factory’s peanut-based paste packed in small sachets was extensively tested for bacteria before Unicef gave it the nod.

The paste is made in an area called the “clean room”, which has such a high standard of hygiene that operations manager Cameron Gray says it is like the intensive care unit of a hospital.

“Malnourished children are so vulnerable that we have to be very careful to make the best product,” stressed Oyvind Ramberg, the Norwegian CEO of Compact, adding that 165-million children in the world are malnourished.

“Usually malnourished children between the ages of six and 24 months are so weak tat they have to be hospitalised. But this food enables NGOs to safely treat children in their homes,” said Ramberg, adding that a carton of 150 sachets was enough to restore a malnourished child to a nourished state.

[quote float= right]“Usually malnourished children… are so weak tat they have to be hospitalised. But this food enables NGOs to safely treat children in their homes,”

He stressed that Compact is a “long-term investor”, and that while the company had created 21 jobs at the Capricorn Park factory so far, it already had plans to expand.

When operating at full capacity, the factory could employ over 100 people.

Sub-Saharan Africa is the world’s epicentre for hunger, which means that the Cape Town facility is “an enormous advantage to the region”, according to South Africa CEO Guy Baxter.

But interestingly, the last shipment of the peanut-based paste purchased by Unicef was shipped to North Korea.

De Lille said Compact has made “a wise business choice” by selecting Cape Town, stressing that her office is committed to ensuring world-class infrastructure and services to support the private sector.

“Cape Town is the best performing metro in the country, and we invest millions on energy, water and roads, and we have a large skilled pool of qualified professionals,” De Lille told Health-e News.

“Norway and South Africa are old friends from the struggle days,” said Norwegian Ambassador Trine Skymoen. “Norway needs companies with the courage and guts to venture into new countries.

“This factory is so important because what is being produced here contributes to saving the lives of children exposed to humanitarian crises.” – Health-e News.