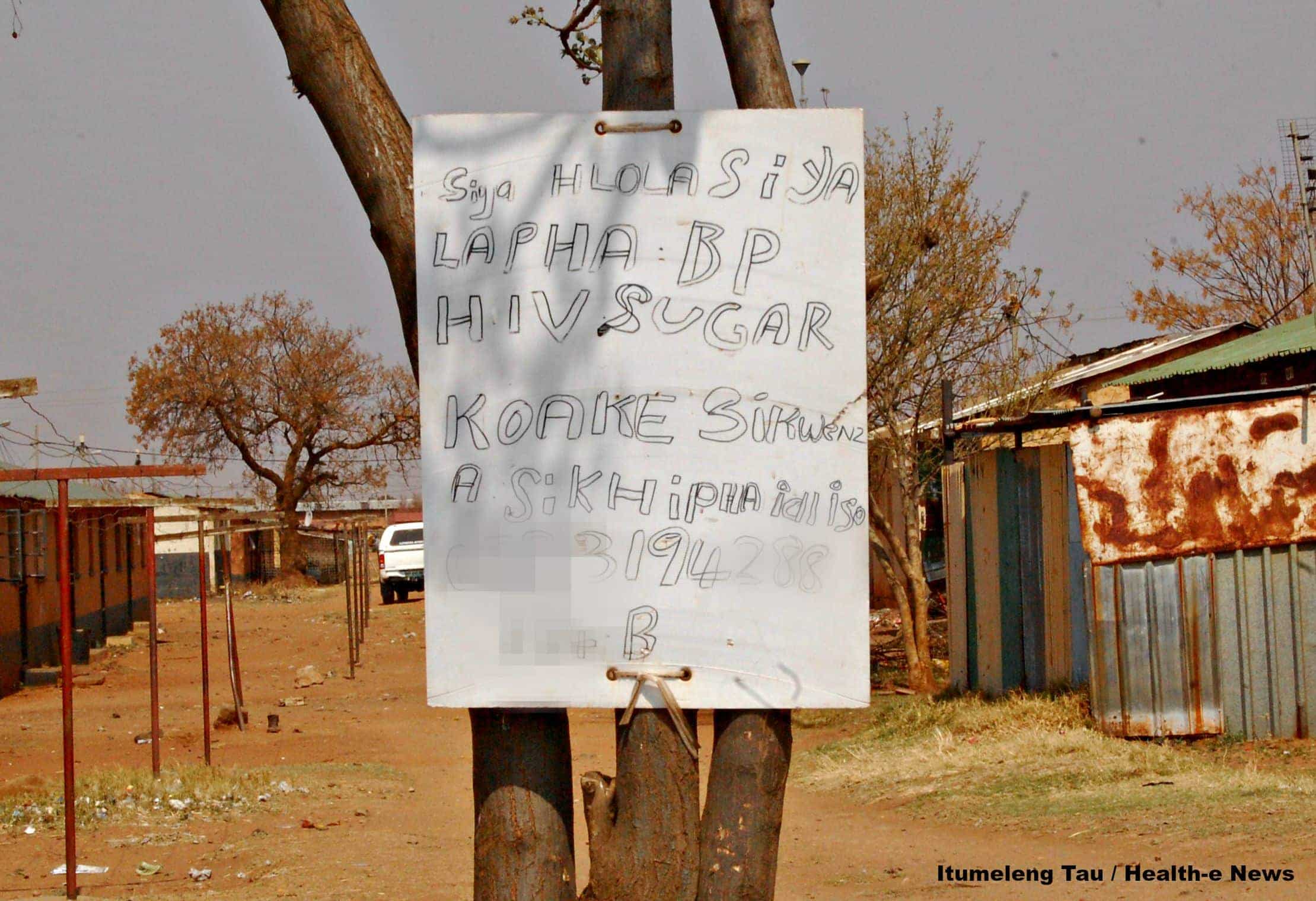 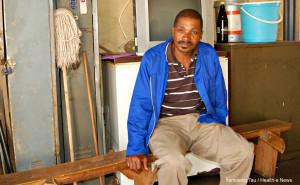 Dumisani Lwandle is a traditional healer living in the Jouberton Hostel. Lwandle’s bogus HIV cure claims have sparked sharp criticism from the department of health, TAC and the North West Provincial AIDS Council

Originally from Greytown, KwaZulu-Natal, Lwandle consults out of a room in the Jouberton Hostel. Trees on the hostel’s grounds are peppered with flyers advertising Lwandle’s services and claiming that he can cure HIV as well as high blood pressure and diabetes.

“I can make the HIV infection go down until it goes away completely,” said Lwandle when questioned about his claims. “I can also do the same with sugar diabetes and high blood pressure.”

“I have not yet cured a person of HIV in the Jouberton and Klerksdorp areas, but I have cured one person of HIV in KwaZulu-Natal,” claimed Lwandle, who works alongside his wife Nosipho who is also a healer.

A traditional healer who only wanted to be named as Makhosi also operates out of the hostel and has called Lwandle’s bluff.

“Healers can’t cure HIV, sugar diabetes (or) high blood pressure,” said Makhosi who added that she has heard hostel residents speak of Lwandle’s claims. “Nobody can cure people of those diseases.”

National association of people living with HIV the Treatment Action Campaign (TAC) has reiterated that there is no cure for HIV and cautioned people against believing such claims.

“People who claim they can cure HIV are misleading vulnerable and often desperate people,” said TAC Senior Researcher Lotti Rutter who added it was important for South Africans to understand the science behind HIV. “There is no cure for HIV.”

[quote float= right]People who claim they can cure HIV are misleading vulnerable and often desperate people. There is no cure for HIV”

“We try to empower people with accurate information about how HIV is transmitted and treated,” she added. “Once people understand the basic science and treatment of HIV they no longer fall for the lies told by quacks.”

She added that, with daily antiretroviral medication, HIV-positive people can live long and happy lives.

Type 1 and 2 diabetes, as well as the most common form of high blood pressure are also incurable. Medication in combination with healthy lifestyle choices is key to controlling high blood pressure and diabetes, which occurs when a person’s body cannot produce enough insulin or use it effectively. Without enough insulin, a person’s blood sugar remains so high that it becomes harmful.

Some hostel residents, like Tambo Pieterse and Rebecca Merafe are not buying Lwandle’s claims.

The Department of Health’s Matlosana sub-district HIV Coordinator Tlago Molaudi said she could do nothing to stop traditional healers, but the Dr Kenneth Kaunda District AIDS Council* has vowed to take action.

According to the council’s James Motosola, members of the council usually visit healers claiming to cure HIV to warn them of the danger of untrue claims like these that may lead people living with HIV to abandon treatment.

Motosola said he has visited the hostel twice looking for Lwandle but has not been able to locate him. Motosola has promised that the council will follow the matter up.

Edited versions of this story were also published on Health24.