Home » Your genes could predict your future, but would you want them to? 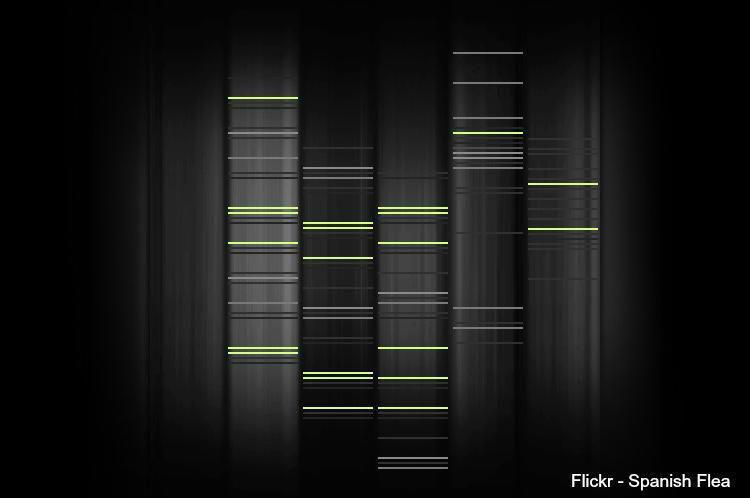 As doctors increasingly using genetic tests to predict future health, some might not like what they find gazing into science’s new crystal ball. 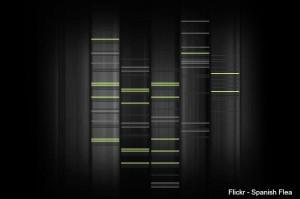 Genetic testing can tell you a lot about your future risk for disease. This graphic illustrates a typical gene sequencing reading with lighted bars representing the presence of specific genes.

Genetic testing uncovered the cancer-causing gene mutation, BRCA1, that led Hollywood actress Angelina Jolie to undergo a voluntary double mastectomy in 2013 to prevent getting breast cancer long before she got it.

Genetic testing may sound like a futuristic treatment that only the rich can afford, but it is actually closer than you think.

Some South African medical schemes are already using it to determine which breast cancer patients would benefit from chemotherapy or the costly anti-cancer drug Herceptin, which only works in some patients.

“With the advance of human genomics we are starting to understand each individual’s risks and the possibilities of individualised treatments and interventions,” Dr Johnny Broomberg, CEO for Discovery, said at the company’s recent Health Summit.

When chemotherapy or Herceptin can cost hundreds of thousands of rands per patient, the R25,000 price tag of genetic testing also makes it cost effective.

“Prevention” is the current buzzword in medicine and if the experts are to be believed, genomic testing is going to be a big part of that.

Dr Craig Venter was part of the team that sequenced the first human genome in 2003. He now runs a US-based company Human Longevity that does genome sequencing on a personal scale for about R13,000 per test.

“Right now, people wait until they have symptoms before going for treatment, and quite often, at that stage it is too late,” he said. “With the help of genome testing, people can prevent disease at an earlier stage of their lives, be healthier and live longer.”

Recently Stellenbosch University (SU) researchers found that up to 40 percent of South Africans might be able to better control high cholesterol through diet and exercise than by taking cholesterol-lowering drugs called statins.

Before you go trading you pills for more fruits and veggies, SU Professor of Pathology Maritha Kotze,warns only genetic testing can reveal which method of controlling high cholesterol is right for you.

More than 100 medications in the United States have already changed their labels or packaging to include mentions of genetic profiles that may benefit from them.

The more knowledge you have on your own life, the greater the chance of changing your life outcomes – Craig Venter

These include medications such as the blood thinner Warfarin and anticonvulsant Tegretol, which are prescribed daily in South Africa.

“I believe we are not very far from a point in time when almost every common drug is going to have an accompanying diagnostic genetic testing with it allowing you to say this patient will or won’t respond, or they will respond to a higher or lower dose,” said Broomberg, who added that genetic testing can also reveal what diet is best for you.

He added that genetically-based nutrition could put the banting diet debate to rest. “I hope we’ll put this debate about Banting vs low-fat diet behind us,” he added. “This debate is absurd because it is based on whole population and not individual needs.”

But genetic testing is not without its critics, who argue that health and life insurance companies could abuse results to limit benefits or hike premiums.

A code of conduct for South Africa insurance companies’ handling of genetic information has been compiled, but it’s not in consumers’ favour.

Although companies may not request any genetic testing at the inception of a policy, they are entitled to the results of any past or future genetic testing done by the individual.

Critics also wonder what might happen to those who gaze into science’s crystal ball and discover they are at high risk of incurable and unpreventable like some cancers or Alzheimer’s disease.

But Venter is adamant that genetic testing holds more promise than risk: “Knowledge is power. The more knowledge you have on your own life, the greater the chance of changing your own life outcomes, having a healthy life and not dying from diseases that could be prevented.”