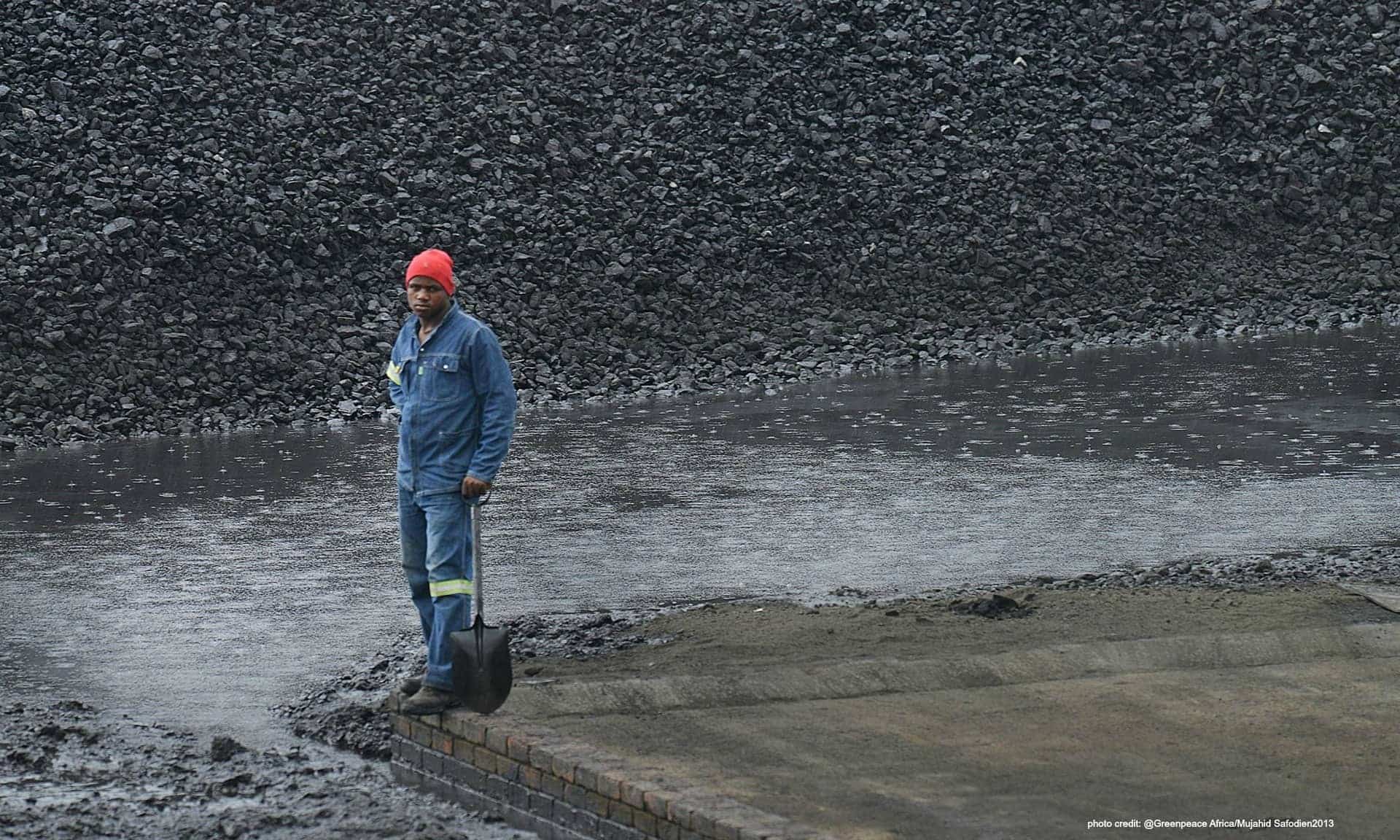 As mineworkers with silicosis resort to court this week (12 Oct) for permission to launch a class action case against the gold mines that ruined their health, communities countrywide are also struggling with the effects of mining.

Legacy of poisoned air and earth

Radioactive uranium levels in parts of Gauteng’s West Rand are as high as Chernobyl after the nuclear disaster, while the air in eMalahleni (Witbank) in Mpumalanga is amongst the dirtiest in the world.

Cancer, kidney disease, asthma and neurological problems are some of the human costs paid for the polluted air, contaminated water and poisoned soil. 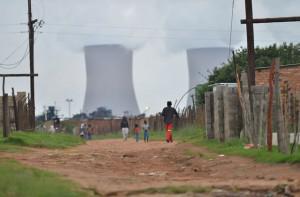 Greenpeace has conducted an investigation in Masakhane and eMalahleni (Witbank) to establish quality of life of those living on the border of the coal power stations. Photo credit @Greenpeace Africa / Mujahid Safodien2013

Coal mining and the coal-burning power stations are amongst the worst culprits. These are highly concentrated in eMalahleni, which Greenpeace’s Melita Steele describes as an “environmental crime scene”.

High levels of carbon dioxide, sulphur dioxide and particulate matter (eg dust, soot, smoke) in the air, heavy metals in the soil and acidic groundwater have all been linked to the 22 collieries and 11 coal-burning power stations in a 40km radius in eMalahleni.

A 2011 CSIR study of the air pollution concluded that there was “a likely risk of neurological effects” if people were consistently exposed to the level of manganese measured.

Two years later, a study of air emissions by a team of European Union scientists found levels of heavy metals chromium and barium to be so high that their instruments could not measure them accurately, and they concluded the air was amongst  “the dirtiest in the world”.

Meanwhile, radiation levels at Tudor Shaft, an informal settlement on the West Rand, were between 8 and 15 Milli Sievert per annum (mSv/a). Safe ranges are below 1mSv/a, while the total direct exposure arising from the Chernobyl disaster for those living in the contaminated areas was 9mSv/a.

Although the Mogale City municipality is in the process of moving Tudor Shaft, surrounding communities are still at risk as uranium particles can be blown as far as 20km.

Yet government seems unable or unwilling to enforce this legislation to force mining companies to clean up – in some cases, hamstrung by companies’ threats to cut jobs and in others, by powerful vested interests in mining companies.

Although Minimum Emission Standards came into force in April, government has allowed the country’s two biggest polluters, Eskom and Sasol, to postpone their adherence to these standards.

Melissa Fourie, executive director of the Centre for Environmental Rights (CER), says that while the law “requires the state to promote the sustainable development of mineral resources, the Department of Mineral Resources (DMR) chooses to interpret their mandate as promoting mining and the expansion of the mining estate”.

One of the consequences of the department’s short-term, mine-friendly approach is that there aren’t any no-go areas for mining, with rights being granted in sensitive ecosystems, strategic water areas or too close to communities, says Fourie.

“The first thing that needs to happen is that the responsible authorities should use their powers to enforce existing environmental laws against mining companies,” says Fourie. “If there was at least a realistic threat of violations being detected and enforcement action taken, this would already have a significant impact on the whole industry.”

John Capel, who heads the Bench Marks Foundation, a church-based organisation that monitors corporates’ performance, describes government as being “conflicted” when it comes to mining.

“The DMR has promoted black economic empowerment particularly in coal mining, and there are a lot of important political players in the sector, such as Patrice Motsepe, Cyril Ramaphosa and Tokyo Sexwale. There is a revolving door between politicians and the mining houses, with all the former cabinet ministers now sitting on the boards of mining companies,” said Capel.

“The fact that the DMR authorises the EIAs creates even more conflict, because the department’s main aim is to promote investment in mining,” says Capel. 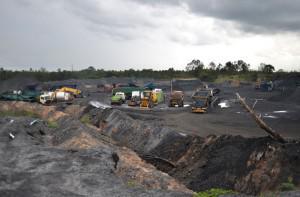 Meanwhile, air quality and emissions are supposed to be measured by municipalities, with over-sight from the Department of Environmental Affairs (DEA) and provinces, yet many lack the capacity to do so.

“We regularly hear about monitoring equipment being damaged, with municipalities complaining that they do not have the budget to repair this,” says Fourie.

Bench Marks has a network of over 30 community monitors based in mine-affected areas, particularly in eMalahleni, the Vaal, Sasolburg and Lepalale (Ellisrus), source of the new Medupi power station.

Aside from the active mines, there are over 4 700 abandoned mines in the country, many of which are leaking acid and heavy metals into the surrounding soil and groundwater.

In a report on coal published last year, Bench Marks said that the proposed National Health Insurance scheme will be “overburdened by corporations externalisation of health costs as we have seen from the acid mine drainage and other hidden health impacts on poor communities”. – Health-e News.