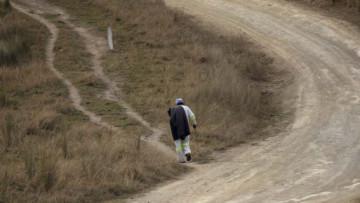 Mental disorders are the most stigmatized of all health problems. Yet they’re so widespread even our 5-year-olds aren’t doing well, and our health system pays peanuts to address them.

When he was four years old, Fikile* was sjambokked and his feet were burnt in boiling water. Occupational therapist Shannon Morgan came across him three years later. He was wetting his bed every night. His alcoholic mother wasn’t sending him to school, and he had started to bully other children.

“I feel helpless when I come across people like this,” says Morgan, who works in Zithulele, a rural community in the Eastern Cape, helping to rehabilitate people with disabilities.

Even if Fikile’s family could afford psychotherapy to help the little boy to come to terms with his violent abuse, the nearest psychologist is in Mthatha, a few hours’ drive away.

Morgan is the chairperson of the Rural Mental Health Campaign (RMHC), which released a report on Saturday, World Mental Health Day, describing mental health services in smaller towns and rural areas as “unsupportive, inadequate and desert-like”.

Mental health problems are massive world-wise, accounting for around 13 percent of disease burden, according to the World Health Organisation. An epidemic is when over one percent of the population is affected, so it’s safe to say that world-over there is a significant epidemic of mental disorders.

[quote float = right]Men and women, teenagers and children of all races, religions and cultures (are) crying out for help.”

Unfortunately, South Africa excels at epidemics. One in three of us will have a mental disorder at some stage in their lives, with the top problems being anxiety and substance-abuse related, according to the SA Stress and Health (SASH) survey.

The South African Depression and Anxiety Group (SADAG) gets around 400 calls, emails and smses daily from “men and women, teenagers and children of all races, religions and cultures crying out for help”.

But only about a quarter of those that need treatment will get it, partly because expenditure on mental health is pitiful. On average, provinces spend less than 3 percent of their health budgets on mental health, mostly on psychiatric hospitals – which should be the very last resort in the chain of treatment.

Most of the groups trying to support people with mental disorders are non-governmental organisations that survive on shoestring budgets. For example, SADAG’s telephone counseling costs it around R40,000 a month yet its helplines are not sponsored.

Our four biggest risk factors for mental disorders in this country are trauma, HIV, not enough food and low socio-economic status. Clearly, being middle class already insulates you from a certain amount of psychological pressure and you’re also more able to buy help. Discovery Health paid out R494,6-million to mental health providers who treated its members in 2012.

Trauma is common, particularly stemming from “interpersonal violence” which covers homicide, rape and domestic violence. For starters, our homicide rate for men is around eight times higher than the global average and five times the global average for women.

A survey of patients at a day hospital in Cape Town found that 94% had experienced a serious trauma in their lives and almost one-fifth were experiencing post-traumatic stress, manifesting mainly as panic attacks and depression.

Substance abuse is a huge trigger for violence, but those with the greatest need have few opportunities for rehabilitation. The surge of heroin-based nyaope (whooga) addiction in the northern parts of the country joins generations of drug addiction on the Cape Flats yet rehabilitation facilities countrywide are scarce and overwhelmed.

According to the policy, “all provinces will develop provincial strategic plans for mental health in keeping with national policy, which outline specific strategies, targets, timelines, budgets and indicators in 2011 and annually thereafter”.

But the score for the provinces that have done so is zero, according to the campaign. Not only that, “the only publically available information on what is being spent on mental health care services in the public sector is for expenditure on psychiatric facilities,” writes Daygan Eager from the Rural Health Advocacy Project in the RMHC report.

“On average, provinces will spend 2.9% of their total (health) budgets on psychiatric facilities in 2015/16,” says Eager. “If we compare expenditure across provinces, we see that the North West Province spends the highest proportion of its budget on these facilities (4.6%) while Mpumalanga spends the least by some margin (0.37%).”

[quote float = right]I am just drinking medication again and again forever. I would like to know the name of my illness and what caused it.”

Households who care for people who are mentally ill are systematically beggared by the financial burden, aside from the difficulty of the care. Around 40 percent of patients at Lentegeur, a psychiatric hospital in Cape Town, are abandoned by their families, according to Estelle Silence, the hospital’s social worker manager.

It doesn’t help that we are seriously short of healthworkers who know how to work with those with mental health issues. In February, the country had a mere 800 registered psychiatrists and almost 8000 psychologists, mostly working in private health. There are seven times the number of psychologists in private practice (which attends to 16% of the population) as in public health. Although at least 40% of the population live in rural areas, only about 12% of doctors and 19% of nurses work in rural areas.

“I need to see the psychiatrist to discuss my case as I would like to know if I am better now. I am just drinking medication again and again forever. I would like to know the name of my illness and what caused it,” laments Ongeziwe Mhlanganiso, a mental health patient from the Eastern Cape, in the RMHC report.

Hendry Mbhalati from Tzaneen in Mpumalanga has a similar experience: “The clinic is always full so I do not receive any counselling and I also wait for a long time to get medication.”

Children are often particularly ignored by mental health providers, many of whom assume that they are too young for such troubles. But our children are not faring well. Nationally, one in five teenagers report that they have considered suicide and even little kids are showing strain.

The first five years of a child’s life are said to be crucial in determining what kind of people they will turn out to be, yet the only official health measure for children under the age of five is their mortality rate.

Last year, a group of children’s organisations tested an international tool called the Universal Psychosocial Indicator for Five-Year-Old Boys and Girls (UPSE-5) on over 2000 five-year-olds in four provinces, including low-, middle- and high-income kids. The purpose was to gauge their psycho-social functioning and the research found that there was “reason for concern” involving almost a quarter of the children.

The UPSE-5 involved Grade R teachers filling in a 29-question survey about the social and emotional behaviours of each of their pupils. They had to tick either “agree” or “disagree” in response to questions such as: “S/he is often aggressive for no apparent reason” and “S/he can express her feelings”. The replies were coded as either red or green. More than five “reds” were a cause for concern. The highest percentage of children where there was reason for concern was found in the Eastern Cape (37 percent).

Clearly, mental health has fallen off the national health agenda. So what is to be done?

For a start, the RMHC wants mental health services to be “holistically integrated in all interactions with service users”. What that means in practice is that if a person who goes to a clinic for HIV treatment is depressed, that person should get treated for depression at the same time.

That isn’t happening at the moment, says Thembelihle (not her real name), who lives in rural KwaZulu-Natal in the RMHC report: “I was diagnosed with HIV in 1999 and then I was initiated on ARVs in 2004. As time went on, I developed a mental health problem due to stress, and I started mental health treatment in 2010,” she explains.

“To access ARVs is not a challenge. It is easily accessible. Doctors are always available when I am booked for an appointment. All services are in place. The challenge that I have is that mental health hospitals are very far from where I live. I need to take one or two public transports to reach the place,” she adds.

The Treatment Action Campaign (TAC) backs this demand: “One of the biggest problems facing the antiretroviral treatment programme today is the high rate of loss to follow-up (LTFU),” explains TAC. LTFU simply means that a person on treatment disappears. Three years after starting ARVs, about 40% of patients are unaccounted for – “lost to follow-up”.

“The factors contributing to this high rate is not that well understood, but it is likely that depression and other mental health problems play a significant role,” says TAC. “Some of us also experience psychological side effects from the antiretroviral drug, efavirenz.

“It is crucial that mental healthcare services are integrated into ARV treatment programmes across South Africa, firstly in the interests of the patients who need it and secondly to contribute to the success of our wider struggle against HIV.”

The National Mental Health Policy Framework declares that “mental health care users should have access to care near to the places where they live and work” and “a recovery model, with an emphasis on psychosocial rehabilitation, should underpin all community-based services”.

[quote float = right]Mental health clients in the care of the Rose Parents seldom require re-admission to Lentegeur Hospital and many have successfully rekindled relationships with their family members.

The hospital model doesn’t work. There are too few mental health professionals to reach everyone in need, so other community-based measures need to be explored.

Morgan says she runs support groups in the rural Eastern Cape where she works and they help to support people.

Meanwhile, the Western Cape Health Department describes “community involvement” as one of its central focuses and gives as an example, the Rose Parent Project, a community-based foster care programme for psychiatric and intellectually disabled clients of Lentegeur Hospital. Over 200 patients have been placed with over 100 families in Cape Town.

“The Rose Parents are ordinary individuals living in the community with no special skills, but what they do have is the heart and capacity to care for others. They are not remunerated for their services and hence do not receive any form of compensation for the great work they do,” says Silence.

Mental health clients in the care of the Rose Parents seldom require re-admission to Lentegeur Hospital and many have successfully rekindled relationships with their family members.

“The Rose Parent Project is proof of the success of the public sector and the community partnering to take care of those in need. Such partnerships are invaluable and citizens in the Western Cape are urged to get involved in their communities to provide assistance where their capacity allows,” says Silence.

This approach can work in more affluent areas. But the challenge in rural areas is that the average person has very few resources to take care of their own families, let alone others with mental problems. Provinces need to reorient their budgets to accommodate mental health if communities are going to address the most stigmatized health issue of our time. – Health-e News.

* An edited version of this appeared on The Daily Maverick.