Mining: The fox is in charge of the hen house

Poisoned air, water and earth – our health is being undermined everywhere by mining companies. Yet mining is the only sector that does not need environmental approval from the Department of Environmental Affairs to go ahead with its operations.

The people of Tudor Shaft, an informal settlement on Gauteng’s West Rand, are exposed to more uranium than Chernobyl residents after their nuclear disaster, thanks to radioactive dust and seepage from the abandoned mine they are living on.

Thousands of mineworkers are currently seeking permission to mount a class action suit for damages against the gold mining companies after they contracted silicosis – despite health safety regulations that government never enforced.

While these are mostly apartheid-era mining legacies, for the past 21 years the democratically elected, ANC-led government has perpetuated the apartheid-era attitude of allowing mining companies virtual carte blanche in their quest for minerals. In doing so, it has learnt very little from our poisoned past.

Last year, the Department of Mineral Resources (DMR) gave Atha-Africa Ventures permission to mine for coal in Mabola, a protected wetland area in Mpumalanga that is the source of the Tugela, Vaal and Pongola rivers. (An Amit Gupta is one of the company’s directors, while a Sizwe Zuma also claims to be a director although he is not listed on the company website.)

The DMR has also given Ibutho Coal permission to build an open cast coal mine less than 100 metres from Hluhluwe-iMfolozi Game Reserve, Africa’s oldest reserve. The mine is also about 500m from Ocilwane community. Controversial Durban socialite Themi Myeni is a director of Ibutho.

South Africa is wide open for business with mining companies and there are very few checks on where they mine, how they mine and whether they can afford to rehabilitate the land once they have extracted its minerals. Apparently, government has not yet learnt to count the health costs arising from the approximately 4700 abandoned mines scattered across the country, bringing cancer, kidney disease, respiratory illnesses and neurological problems.

[quote float = right]The DMR generally accepts all applications for rights, no matter how sensitive or protected the area is in which mining is being proposed.’

As one environmental lawyer explains, “The fox is in charge of the hen house.” The environmental authorisation for every industry, except mining, is considered by the Department of Environmental Affairs. For mining companies, the DMR checks their environmental impact assessments (EIA) and decides whether they should be allowed to mine in an area, yet it has neither the expertise nor the resources to consider EIAs properly.

Given that the DMR defines its role as promoting mining, its default position is to allow mines to operate wherever they please. Melissa Fourie, executive director of the Centre for Environmental Rights (CER), says there are no “no-go areas” for mining: “The DMR generally accepts all applications for rights, no matter how sensitive or protected the area is in which mining is being proposed,” says Fourie. “The DMR is notorious for ignoring the opposition of environmental and water authorities when granting rights.”

In addition, says Fourie, the DMR “fails to ensure that the mining companies hold adequate funds in trust for rehabilitation, particularly water treatment costs, after mining” and “does not invest adequately in compliance monitoring and investment”. Even if the DMR finds a mine has contravened environmental legislation, the law doesn’t allow it to simply impose fines. It has to resort to court to prosecute the offender.

Meanwhile, the department’s main criteria for awarding prospecting licenses are the company’s competence and whether it is the first to apply. The mining companies don’t even have to own the land to get prospecting rights, which explains how Madimatle Mountain, a sacred site near Thabazimbi in Limpopo, was recently stripped of vegetation and punctured by drilling by Aquila Steel while prospecting for iron ore.

There little or no consultation with affected communities. One of the country’s first post-apartheid environmental struggles involved the Clewer community in eMalahleni (Witbank), who woke up one morning in 1994 to find that an open cast coal mine had been approved a mere 30 metres from some of their houses, bringing a plague of noise and dust, cracked houses and significant a host of health problems.

John Capel, who heads the Bench Marks Foundation, a church-based organisation that monitors [quote float = right]Who do we have for us when people we elect to power, politicians, people we entrust to advocate on our behalf, are with the private business corporations who exploit us?”

corporates’ performance, describes government as being “conflicted” when it comes to mining: “The DMR has promoted black economic empowerment particularly in coal mining, and there are a lot of important political players in the sector, such as Patrice Motsepe, Cyril Ramaphosa and Tokyo Sexwale. There is a revolving door between politicians and the mining houses, with all the former cabinet ministers now sitting on the boards of mining companies.”

The newly appointed Minister of Mineral Resources, Mosebenzi Zwane, a little-known politician from the Free State, has close connections with the Gupta family, which is close to President Jacob Zuma and has significant mining interests.

Benchmarks has a network of around 30 community monitors in some of the areas worst affected by mining, including eMalahleni (Witbank) which has amongst the dirtiest air in the world, thanks to coal mining and power stations. The monitors recently wrote an angry opinion piece for their online newsletter condemning the collusion between government officials and mining companies, citing numerous examples.

“Who do we have for us when people we elect to power, politicians, people we entrust to advocate on our behalf, are with the private business corporations who exploit us?” asked the monitors.

One of the examples they cite of collusion between politicians and mining companies is at Shiva uranium mine in Klerksdorp, which they claim has been able to expand its operations “without an environmental license” making it necessary for the Dominionville community to move. Mine directors include Anil and Varun Gupta and Duduzane Zuma, the President’s son. The removal of communities to make way for mines is fairly common, having taken place particularly in the North West and the platinum-rich “Bushveld Complex” in Limpopo.

In small mining towns, a number of organisations allege a web of collusion between councillors hungry for kick-backs and mining companies keen on minerals. In rural areas, communal land is held in trust under the authority of the traditional leader. Mining companies have allegedly bought off traditional leaders in a number of areas to get their hands on mineral wealth. In the longstanding battle for a titanium mine in one of the most pristine areas of the former Transkei coast, government has played a hand in replacing a chief opposed to the mine with one who supports it. In a similar development in Limpopo, Mokopane’s Chief Vaaltyn Kekana was paid by a Canadian platinum mining company, Ivanhoe, while it was prospecting on communal land. Many of his “subjects” stand to lose their ancestral land and are opposed to the mine.

In a country with weak economic growth and high unemployment, government appears desperate to entice investors into the mining sector. Yet the CER’s Fourie says “there are big questions to be asked about the promises made by mining companies with regard to jobs, particularly local and sustainable jobs. Frequently, we see far fewer local people employed and for far shorter periods than mining companies promised in their application for licenses.”

In its haste to encourage mines, the DMR has shown scant regard for the country’s natural habitat, yet our only other major hope for income generation is tourism. Given the post-apartheid government’s close relationship with mining companies, the fox’s mined-out chickens are going to come home to roost for many decades, opening more doors to class action claims against mining companies from those in their mines and on their doorsteps whose health has been ruined.

DMR spokesperson Ayanda Shezi failed to respond to a number of requests for comment.

More than 20 million young women are not accessing contraception globally, resulting in about 10 million unintended pregnancies each year, according to a new report by US reproductive health and rights organisation Guttmacher Institute.

More than 300 children in northern Limpopo have 85,000 reasons to be happy after KFC’s Add Hope Foundation has helped keep their after school drop-in centre open.

This World Cancer Day experts urge South Africans to adopt healthier lifestyles to reduce their risk of developing the disease. 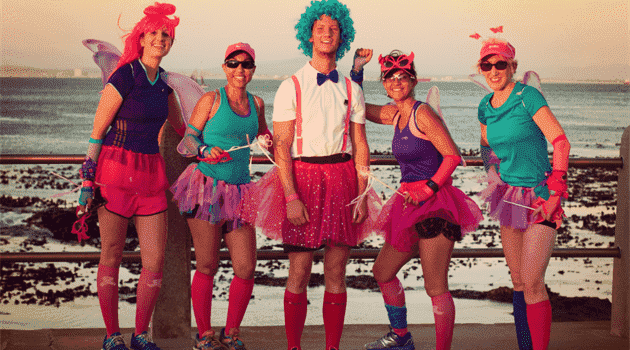