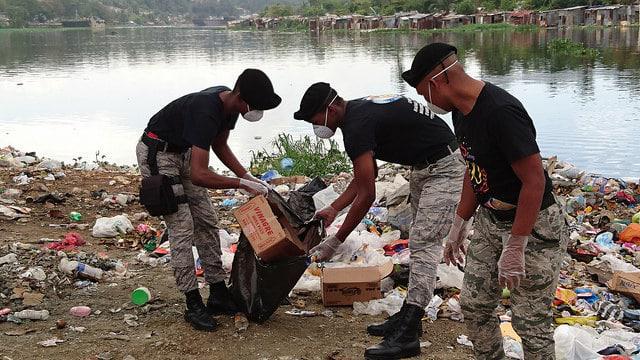 A group of doctors believe that a pesticide – not the Zika virus – may be responsible for the huge increase in microcephaly in Brazil, but health ministry disputes this

Some docs blame pesticide not Zika

In response, the Brazilian state of Rio Grande do Sul announced over the weekend that it had suspended the use of the pesticide containing pyriproxyfen which it used to treat water containing the larvae of mosquitos.

Brazil’s health ministry says the Zika virus, which is carried by certain mosquitos, is responsible for the increase in microcephaly, a birth defect in which babies are born with abnormally small heads and brains.

“Unlike the relationship between the Zika virus and microcephaly, which has had its confirmation attested in tests that indicated the presence of the virus in samples of blood, tissue and amniotic fluid, the association between the use of pyriproxyfen and microcephaly has no scientific basis,” Brazil’s Ministry of Health said in a statement.

But the Brazilian Collective Health Association (Abrasco) and the Argentina-based Physicians in the Crop-Sprayed Towns say in a report that the pesticide the ministry switched to in late 2014 might be the cause of microcephaly instead.

In an open letter, the Association for Collective Health (Abrasco) questioned the Brazilian Ministry of Health’s assertion that the Zika virus caused microcephelany, saying that the increase in the birth defect coincided with Brazil’s 2014 decision to switch to a larvicide containing pyriproxyfen

The pesticide, known as Sumilarv and manufactured by a Japanese subsidiary of Monsanto, has been put into the water supply in north eastern Brazil to try to kill mosquito larvae.

“Malformations detected in thousands of children from pregnant women living in areas where the Brazilian state added pyriproxyfen to drinking water is not a coincidence, even though the Ministry of Health places a direct blame on Zika virus for this damage, while trying to ignore its responsibility and ruling out the hypothesis of direct and cumulative chemical damage caused by years of endocrine and immunological disruption of the affected population,” according to Abrasco.

Abracso is demanding “urgent epidemiological studies” to determine the cause of microcephaly, claiming that 49 babies had died out of the almost 4000 confirmed with the condition by the end of January, yet only five were infected with Zika.

However, Brazilian Health Minister Marcelo Castro dismissed the pesticide as the cause on Sunday. “That is a rumour lacking logic and sense. It has no basis. (The pesticide) is approved and used worldwide,” Castro told reporters in Salvador according to Fox News Latino.

Some areas that do not use pyriproxyfen have also reported cases of microcephaly, according to the Brazilian health ministry.

But the link between Zika and most of the microcephaly cases has not yet been conclusively proven. The Zika virus was found in only 270 of the 732 microcephaly patients examined so far, according to the ministry’s own research.

Meanwhile, scientists have confirmed that South Africa is at a very low risk of developing an outbreak of Zika fever similar to the one seen in Brazil.

This viral infection is transmitted by a species of the Aedes aegypti mosquito not endemic to South Africa, explained Prof Lucille Blumberg from the National Institute for Communicable Diseases at a Zika Symposium recently held at the Faculty of Medicine and Health Sciences (FMHS), Stellenbosch University.

“The Aedes aegypti mosquitos found in some regions of the country prefer outdoor areas and do not have an appetite for human blood,” said Blumberg, who is also an Extraordinary Professor at the FMHS Centre for Infectious Diseases (CID).

Zika fever causes flu-like symptoms and is not considered to be particularly dangerous to the person infected, but it is believed to cause birth defects in babies whose mothers had Zika fever during pregnancy, explained Dr Jantjie Taljaard who heads the Division of Infectious Diseases at the FMHS.

“In four out of five cases Zika infection does not present any symptoms, but the minority who do have symptoms may develop a mild fever, skin rash, joint and muscle pain, headache or other non-specific symptoms that clear up within a few days,” said Taljaard.

Although Zika infection is usually not life threatening, it is thought to hold serious complication for babies whose mothers are infected during pregnancy.

“Although not yet confirmed, evidence is growing that Zika causes microcephaly – a condition whereby a child has a significant reduced head circumference compared to children of the same sex and age,” Dr Mike Urban from the Division of Molecular Biology and Human Genetics at the FMHS explained. “Children with this condition have a high chance of intellectual disability.”

Microcephaly normally occurs in one or two children out of every 10 000, but in parts of Brazil experiencing Zika outbreaks the rate of microcephaly has increased to 20 cases per 10 000 children, he said.

According to Prof Wolfgang Preiser, head of the FMHS’ Division of Medical Virology, once a person was infected by the Zika virus they become immunised against the disease.

“We believe that the outbreak in Brazil was so severe because this area was previously unaffected by the disease and therefore the population had no immunity against it,” said Preiser.

Zika was first detected in a macaque monkey in Uganda’s Ziika forest in 1947 and identified in humans in five years later in 1952. Since then the virus has been detected in several African countries and in 2007 it was for the first time identified off the continent in the Yap Island in Micronesia. In 2013 it had progressed to Tahiti in French Polynesia, it 2014 it reached New Caledonia in the Cook Islands, and in 2015 it was detected in the Easter Islands and Brazil in South America. – Health-e News