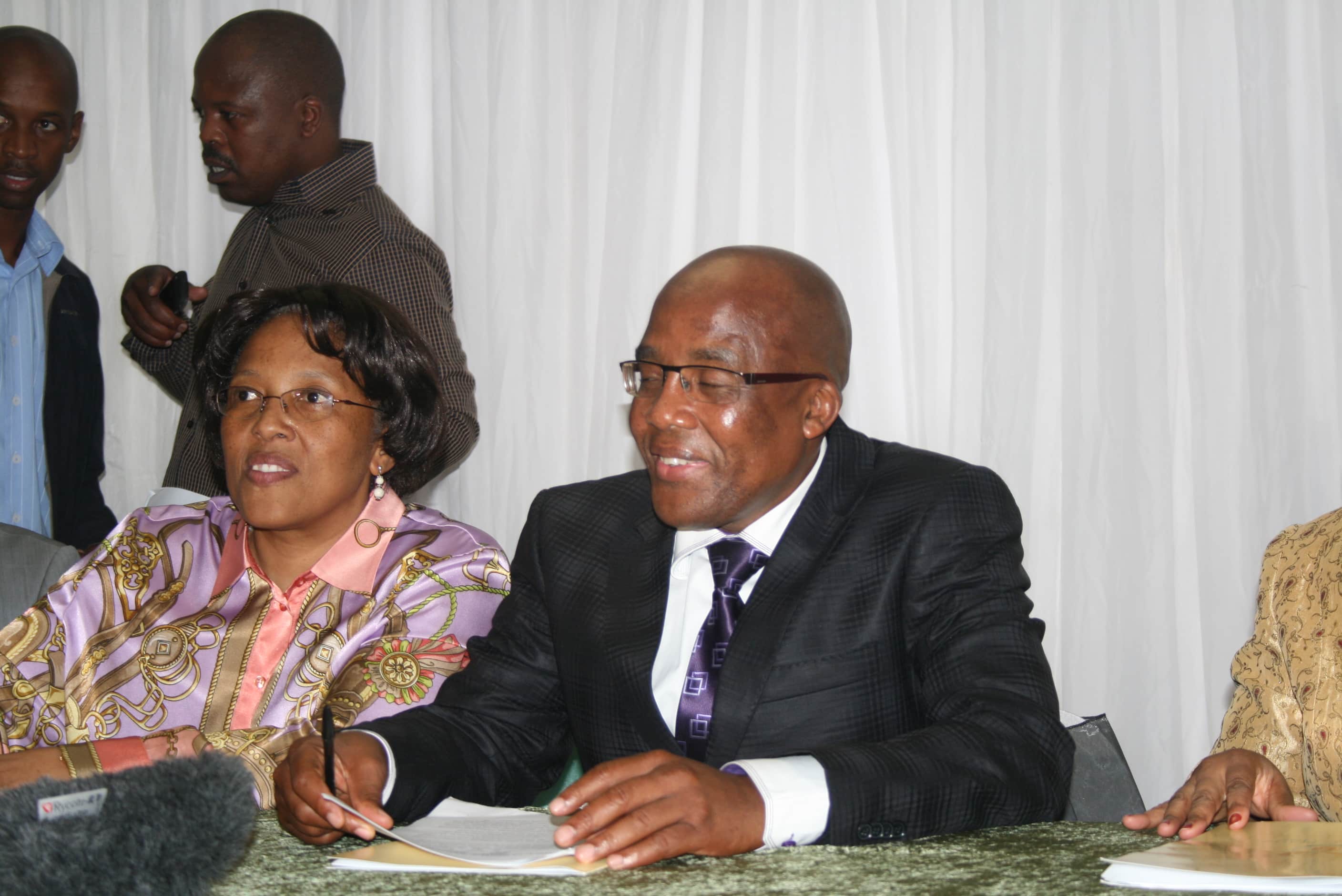 Dyfunction. Maladministration. Incoherence – a damning ministerial task team report on the Health Professions Council of SA signals the end of an era where the top officials could do as they pleased. But will change come fast enough for foreign doctors who are twisting in the wind?

The new governing council of the Health Professions Council of SA (HPCSA) may well have to oversee it’s own demise after a ministerial task team (MTT) into the regulatory body recommended that it be “unbundled” – effectively spilt into two.

The HPCSA’s top leadership – the Registrar, who is also the CEO, Chief Operating Officer (COO) and head of legal services – were found to be “unfit for office”. Bizarrely, all three refused to co-operate with the task team appointed by Minister Motsoaledi.

Registrar and CEO Buyiswa Mjamba-Matshoba appeared before the task team but refused to answer questions, while COO Tshepo Boikanyo and head of legal services Phelelani Khumalo were asked three times to appear before the team but refused, said Motsoaledi.

[quote float = right]A 2011 forensic audit conducted by KPMG at the council’s request found that Boikanyo was involved in “unauthorised, irregular and/or fruitless and wasteful expenditure”.

The CEO/Registrar’s refusal to appear before the task team “justifies the drawing of an adverse inference against her” and could amount to “insubordination” as she is appointed by the Minister, according to the MTT report.

However, the report identifies Boikanyo as being the most serious problem. A 2011 forensic audit conducted by KPMG at the council’s request found that he was involved in “unauthorised, irregular and/or fruitless and wasteful expenditure” relating to the procurement of an IT system called Oracle, the cost of which ballooned from an initial R14-million to around R40-million. Strangely, the previous council ignored the KPMG report and promoted Boikanyo to COO. Boikanyo then applied to be CEO and when he wasn’t appointed, took the council to court, lost, has not paid the legal costs he was order to and has remained in his post.

If the HPCSA’s top leadership thought they were too good to appear before the minister’s task team – led by Professor Bongani Mayosi, head of medicine at the University of Cape Town (UCT) – ordinary health practitioners regulated by the council had no chance of getting an audience with them.

Dr Rajeev Gandhi skypes me from Kenya after the press conference that makes public the task team’s findings, wondering whether this will help his situation. A surgeon’s post has been waiting for him at a public hospital in Pietermaritzburg since January but his registration is snarled up in the red tape that is the HPCSA’s speciality.

Gandhi qualified as a doctor in Kenya then specialised as a surgeon at UCT – a seven-year grid during which he worked at public hospitals for free as non-South African registrars don’t get paid while they specialise. He then worked as a trauma surgery consultant at Groote Schuur Hospital, during which time he was granted permanent residency on the basis that he has “exceptional skills”.

During this time, he applied to the HPCSA to be registered and in 2012 the council granted him an exemption from writing the general practitioners’ exam required by GPs who qualified elsewhere, as he already had a South African specialisation.

“But since then, they have refused to register me as a surgeon because I haven’t written the GP’s exam that they have exempted me from,” says an incredulous Gandhi. For the past year, he has been working in the Solomon Islands and accumulated enough money to engage a lawyer to take on the HPCSA.

“My lawyer emails them almost every week,” says Gandhi. “There is no consistency in what they do but it is almost impossible to engage with them. The hospital says it can keep my post until the end of the year.” In the meantime, Gandhi’s furniture is in storage in South Africa and his family is in limbo.

The task team recommends that the HPCSA should consider “unbundling” into two entities. The one would regulate doctors and dentists, a third of the council’s members, and the other would preside over the remaining health and rehabilitation workers. At present, the council is made up of 12 boards to regulate different categories of workers from emergency medical services personnel who qualify after a few weeks to medical specialists who study for 15 years.

“It is the view of the MTT that the best interests of the health system are not served by the current structure and organisation of the HPCSA. The MTT recommends that consideration be given to the unbundling of the HPCSA into at least two entities: the historic Medical and Dental Council (which constitutes a third of the current membership of the HPCSA) and a Health and Rehabilitation Council (for the rest of the professional membership of the HPCSA),” according to the report. “These new Councils would join the South African Pharmacy Council, the South African Nursing Council and other autonomous councils in the Forum of Statutory Health Professions Councils.”

No one is more delighted about this recommendation than the SA Medical Association (SAMA), a voluntary association of doctors, that has been increasingly frustrated by the medical and dental board of the HPCSA’s cavalier attitude towards doctors.

“We have been lobbying for a separate council for doctors and dentists for the past six years,” says and elated Dr Mark Sonderup, SAMA vice-president. “A lot has to happen to secure this unbundling. First, the Minister has to replace the incumbents with a crack team that can make the changes needed. Simultaneously, legislation has to change to undo the current structure.

“We’re happy to help with this,” adds Sonderup. “We have the lawyers in place and have actually silently been working on this for a while. The fact that government supports this will make it easier but it’s not going to happen overnight.”

The open approach that both the task team and the Minister have taken to the HPCSA marks a welcome break from other investigations into poorly performing government agencies. The findings of these have generally been kept secret.

In the coming week, Motsoaledi will meet with Letlape’s board to find out how it intends to implement the findings, particularly establishing an interim executive management team “to address the 10 dysfunctional areas identified, including the establishment of a functional registration system, streamlining the process of examination and recognition of qualifications, restoring the integrity of the system for professional conduct enquiries, ensuring an efficient system for the approval of training schools, and improving the function of the continued professional development system”.

Motsoaledi is also understood to be working on the registration of a number of foreign doctors blocked by the HPCSA, and Gandhi hopes he will be one of the lucky ones: “The hospital says it can hold the surgeon post for me until January, and I hope I can come back and work in South Africa.”

HPCSA spokesperson Priscilla Sekhonyana said it was too early for a response to the task team report as the council’s board had only just received it and was still considering it. – Health-e News.

An edited version of this appeared in the Daily Maverick.