A staggering 80 percent of people living with disabilities globally live in poverty, according to the National Department of Social Development. 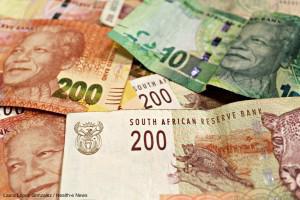 For people living with disabilities, even accessing free public health care comes with hidden costs like those associated with transport. In some places, taxi drivers charge passengers extra to transport wheelchairs.

In South Africa, daily exclusions from education, employment and health services keep many living with disabilities trapped in cycles of poverty.

“Disability is both a cause and consequence of poverty,” said Social Development Minister Bathabile Dlamini in a recent statement. “It is a cause because it can lead to job loss and reduced earnings, barriers to education and skills development, significant additional expenses, and many other challenges that can lead to economic hardship.”

“It is also a consequence of poverty because poverty can limit access to the health care needed to prevent disability or prevent existing disabilities from becoming worse, Dlamini added.

Susan Keseabetswe Schalk was paralysed in an accident almost 30 years ago. At the time, Schalk worked as a domestic worker and had been on vacation with the family for which she worked.

Now confined to an aging and dilapidated wheelchair, Schalk survives on social grants in the small town of Kamden, which is located about an hour outside Kuruman. Schalk is one of almost 2.8 million South Africans living with a disability, according to the 2011 Census.

As the country marks Disability Rights Awareness Month, Dlamini admits that despite progressive government attempts to empower people living with disabilities have not yielded the results government had hoped for.

As of 2011, almost a quarter of South Africans with severe disabilities had no formal education. About 13 percent of households headed by disabled people did not have access to piped water, according to the census. This figure was about five percentage points higher than that found among general households.

According to Dlamini, people living with disabilities and their families remain among the poorest of the poor in South Africa.

Disability has a hidden price tag

In Kamden, Schalk’s 10-year-old wheelchair is in such a poor condition that she said it prevents her from sitting comfortably, which can lead to long-term pain. It also prevents her from doing household chores or participating in community activities like school parents’ evenings or church.

“The wheelchair I have can’t even take me to the social grant pay point on pay days,” said Schalk, who added that she has only had two wheelchairs since the 1988 accident that paralysed her. “I have to ask people to help me all the time because this old broken wheelchair cannot carry my body weight.”

With infrequent visits from a home-based care worker, Schalk said that her monthly grants are stretched to the limit buying medical supplies like catheters, urine bags and adult diapers that she needs to go to the bathroom daily due to her condition.

“What is the most difficult for me these days is when I run out of nappies, urine bags and catheters,” she said. “These days I have to buy my own because all the people who used to sponsor me and help seem to be tired now.”

She added that she is often unable to buy the right sized catheter at private pharmacies, leaving her to use smaller tubes that she says are painful to insert.

“I wish I was able to get them from the clinic or hospital,” she added.

Schalk said that the constant battle to afford the medical supplies she needs drains her financially and emotionally.

For many people like Schalk, free public health care isn’t always free. Research carried out in Mpumalanga found that costs associated with accessing health care sometimes amounted up to 60 percent of household income in homes with disabled people.

Aware that disability often comes with hidden costs, the Department of Social Development is currently conducting the world’s first study to determine the actual cost of disability to households. According to Dlamini, the study will help government prioritise interventions aimed at reducing poverty among people living with disabilities and their families.

In Kamden, all Schalk wants is a new wheelchair.

“All I ask for is a wheelchair, one that is big enough for me to sit in – not small and uncomfortable like this one,” she said. “One that I will be able to do every day things in…that is all I need.”

“With a good wheelchair I would be able to assist with some household chores and take myself to the clinic,” Schalk added. “I’ve tried talking to social workers but they say I must buy my own,” she said.

The Northern Cape Department of Health has promised to send a team to assess Schalk’s needs. – Health-e News.