Home » The children who may never sit for their matric exams 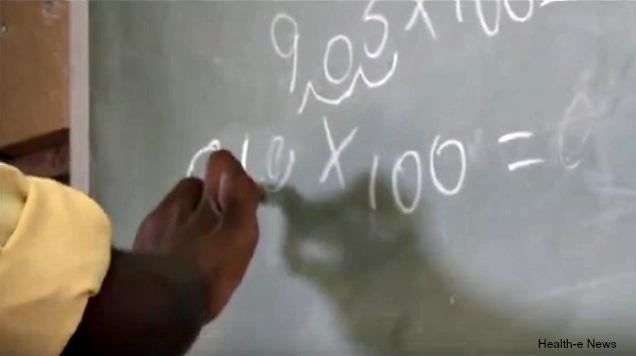 As parents and students nationwide celebrate – or bemoan – yesterday’s matric results, education remains out of reach for more than half-a-million children living with disabilities who may never get the chance to write their matric exams. 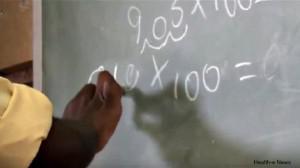 Sonke Shongwe was born paralysed. Orphaned alongside his sister following the death of his mother, Sonke now lives with his grandmother, Sarah, near Ermelo, Mpumalanga.

At eight years old, Sonke has never seen the inside of a classroom although it is not for want of trying. Sarah said she tried several times to find an area school that could meet Sonke’s needs and even approached municipal social services for help.

Research released in 2015 by international organisation Human Rights Watch has estimated that more than half-a-million disabled children of school-going age in South Africa cannot access any form of education.

According to Mpumalanga Department of Education Spokesperson Jasper Zwane, Mpumalanga has 16 schools for learners with moderate or severe intellectual disabilities like Sonke who are often refereed to the school by district-based teams.

According to Zwane, children who have no intellectual disability but who are confined to wheelchairs should attend their local school.

“Within an inclusive system of education, it is recommended that learners should attend schools in their own neighbourhood…” he told OurHealth. “All parents whose children have physical disabilities work with local hospitals to acquire relevant mobility devices so that they can easily attend school.”

But even children with no intellectual disability but who, like Sonke, cannot go to the bathroom by themselves, would still special require assistance at the local school.

Nationwide, non-governmental organisations and disability experts often report that parents of disabled children are asked to hire and pay for private care assistants as a pre-condition to enrolment in mainstream schools, according to Human Rights Watch. The human rights organisation also notes that transport for wheelchair-bound children to and from school remains limited and costly.

The cost of caring

For Sonke, his exclusion from school meant he was often left home alone when Sarah went out to work and her other children were at school.

“If her children were in school and she had to go somewhere, she would leave him outside under the tree unattended,” said community member Phumzile Sibiya. “Sometimes it rained while he was under the tree and there was no one to move him.”

Sarah faced a touch choice: Forgo work to stay at home and care for him or spend up between 400 and R700 a month to hire a private caregiver.

“It became a challenge those caregivers kept on demanding more money because they were changing his nappies,” Sarah said.

According to Human Rights Watch, in-patient care facilities for children with disabilities in Cape Town and Kimberley charged as much as R250 per month, which the organisation notes is still a significant expense for single-parent or low-wage households.

Sarah’s neighbour Thulisile Sibanyoni is shocked that Sonke’s caregiver could charge the family so much – almost half of what a child like Sonke might get monthly in the form of a care dependency grant.

“People can be selfish and forget that no family chooses to have such challenges,” Sibanyoni said. “I don’t see why they see disability as a business.”

But Sonke’s caregiver Busisiwe Mkhabela argues that having to change diapers is no easy task.

“The reason why I charge (them) the price I (charge) older people with special needs is because we are changing a nappy,” she said. “An eight-year-old’s faeces smells so much like that of an older person.” – Health-e News.