The Gauteng Department of Health has dispatched environmental health officers to the homes of recent typhoid patients to screen family and neighbours for possible new cases of the bacterial infection. 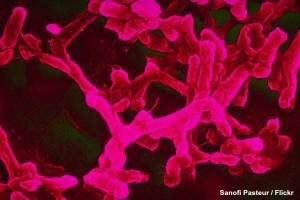 In late January, two women were diagnosed with typhoid at Dr George Mukhari Academic Hospital in Ga-Rankuwa north of Pretoria. The women from Soshanguve and Centurion were admitted to the hospital and discharged after being treated with antibiotics. One of the women had recently returned from Zimbabwe.

Environmental health officers from Gauteng’s outbreak response team have not only been dispatched to conduct home screenings but also to collect water samples from patients’ homes to try to determine the source of the infection. Currently, no link has been established between the recent cases.

The team has urged clinicians to remain vigilant for new cases of the illnesses, which is spread via contact with contaminated food or water. Globally, the disease is often associated with poor access to water and sanitation, notes the US-based Mayo Clinic.

The department has stressed the importance of regular hand washing to prevent further cases.

According to the National Institute for Communicable Diseases, at least 19 typhoid cases have been reported since the start of 2016. The country typically sees about 100 such cases of the illness annually, according to the institute’s statistics. – Health-e News.